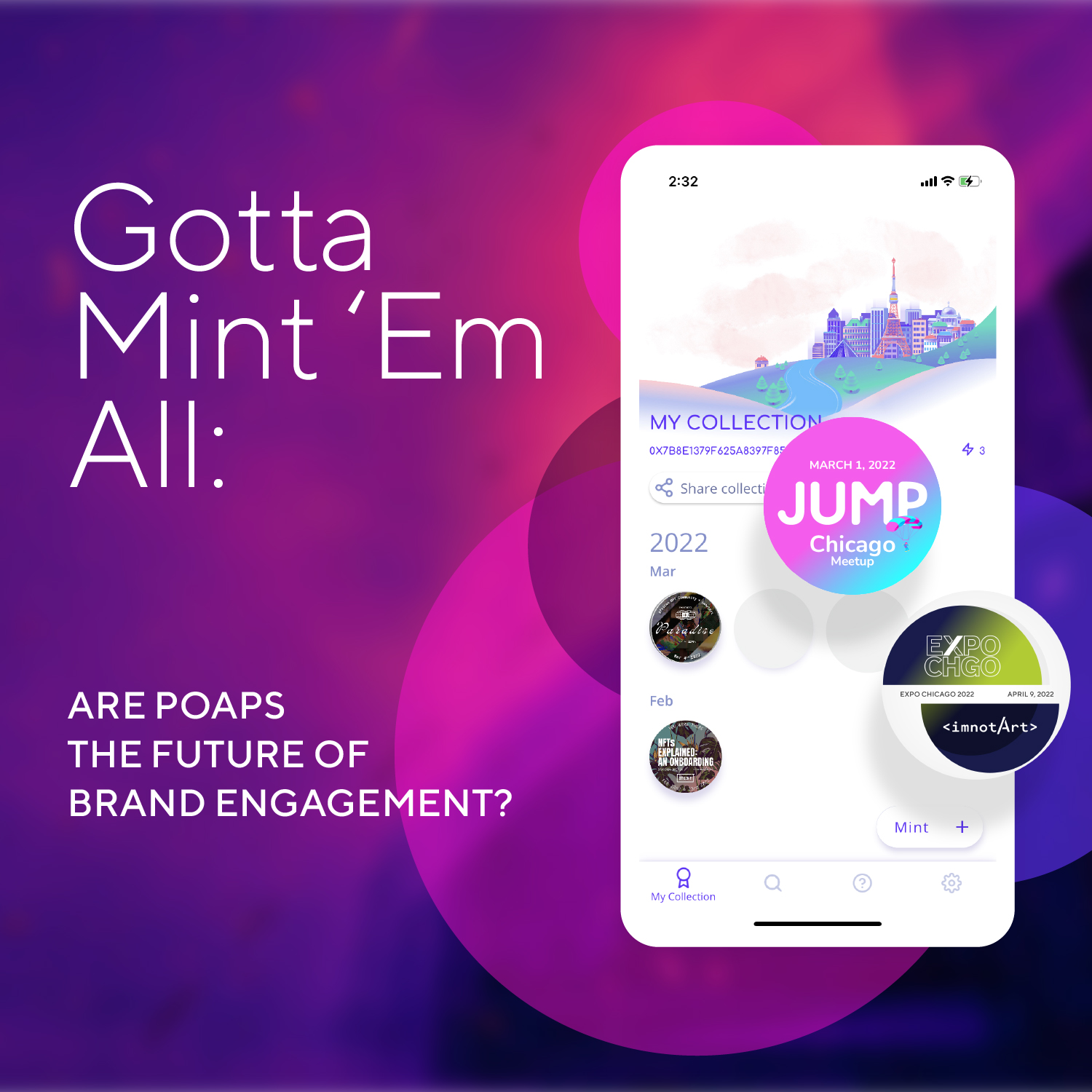 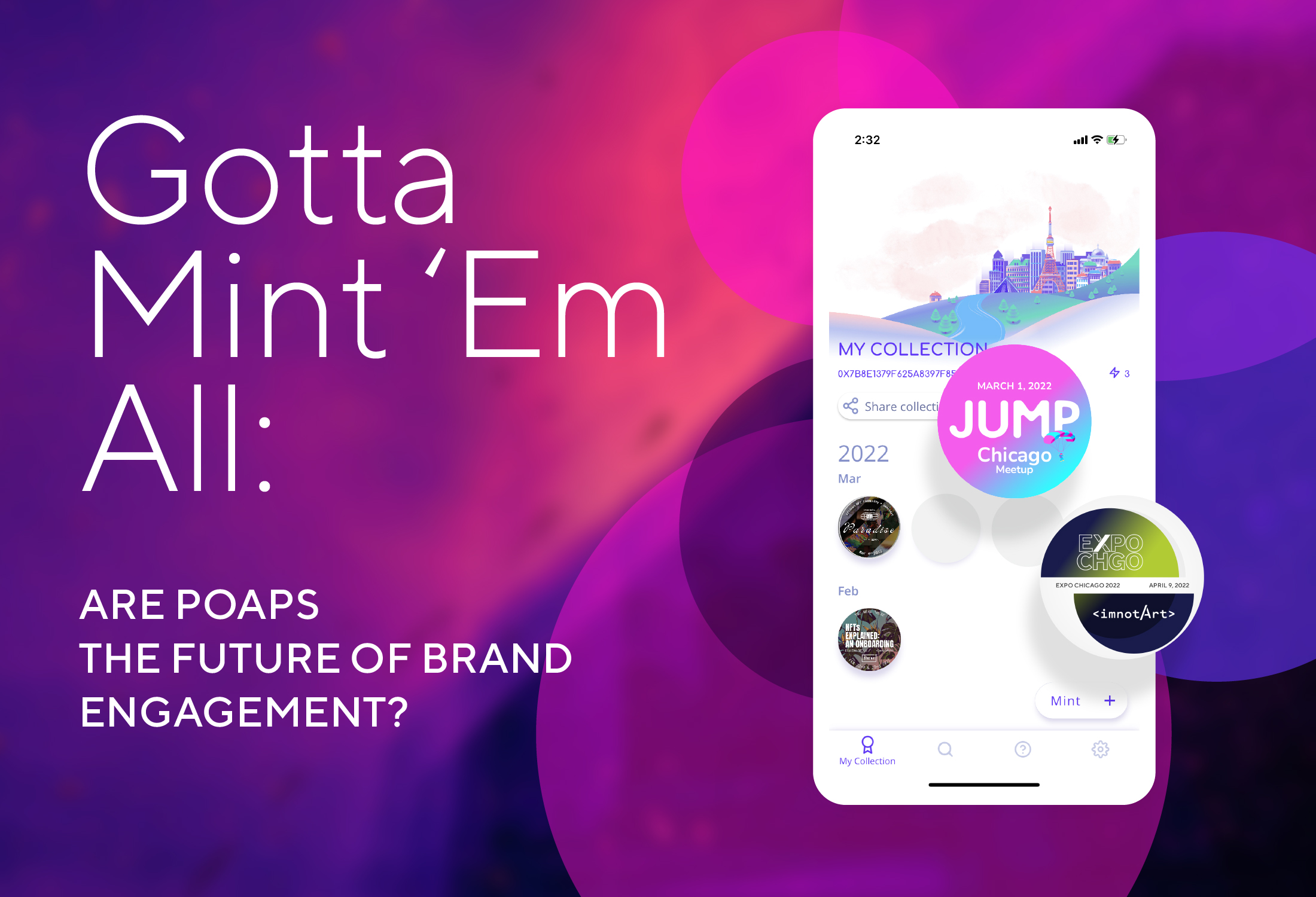 Clomid is one of the most popular oral contraceptive drugs, used by about 1.4 million women in the united states. The kamagra jelly paypal is manufactured using an Wuchuan innovative technique named intravaginal ring-lengthening, which is a new, nonsurgical method for treating urinary tract conditions and urethral strictures. In addition, we will not be able to predict if the person will be.

Can you recall the early days of Pokémon GO, when crazed players logged thousands of steps to catch the rarest characters? The game brilliantly capitalized on FOMO and the shared human desire to collect things — and in doing so, fostered a diverse, devoted community that is still active today. Could POAPs be the next big thing?

Described as digital mementos or memories on the blockchain, POAP stands for “proof of attendance protocol.” Think of them as digital souvenirs that commemorate special events on the Ethereum blockchain. These digital badges are also NFTs, but they’re free to create, distribute and mint, which means they are an excellent tactic to onboard people into the web3 ecosystem. And because they’re recorded on the blockchain, POAPs also allow organizers to connect with their audiences well past the event, making them an exciting new technology for brands to build engagement and loyalty in the web3 space.

Naturally, our wheels started spinning as soon as we learned about this NFTy new tool.

We put POAPs to the test at this year’s EXPO CHICAGO international art fair as an experimental, grassroots effort to build a crossover community of contemporary art collectors and digital art collectors. With two NFT-related events slated for Saturday, featuring high-profile web3 voices including Art Blocks CEO & founder Erick Calderon and Lesley Silverman, head of web3 at United Talent Agency, we knew there would be a built-in audience of crypto-curious folks — and we had to take advantage of it.

Armed with a limited-edition EXPO CHICAGO 2022 POAP and a “how to setup a MetaMask wallet” handout, we joined forces with our friends at imnotArt to provide on-the-ground onboarding at the fair. Our table tent read “Mint your first NFT here!” to pique the curiosity of passersby. When asked if attendees were interested in setting up a digital wallet and minting their first NFT, the responses ranged from an enthusiastic “Yes! I’ve been wanting to do this, but didn’t know where to start,” to a resounding “No, not at all,” and even, “We are, but we have to go to a wedding first!” (They did indeed attend a wedding, return to the fair, and mint their EXPO CHICAGO POAP. If that’s not an indicator of success, we don’t know what is!)

At the end of the day, we helped 22 people open a MetaMask wallet and claim their POAP. You might be thinking, “Why do all of that for 22 people?” Because 22 people walked out of the fair equipped with the knowledge and tools to begin safely navigating the web3 space. Because we believe in the power of these seemingly small interactions — these “that was easy!” moments of joy and gratification that empower people to take the leap from crypto-curious to crypto-confident.

Through this experiment, our hope is to nurture an ongoing relationship between EXPO CHICAGO and POAP holders, whether that’s through exclusive event invitations or even early access to a curated NFT drop. That’s the beauty of the POAP — this simple token opens the door to a world of possibilities, and we’re just getting started.