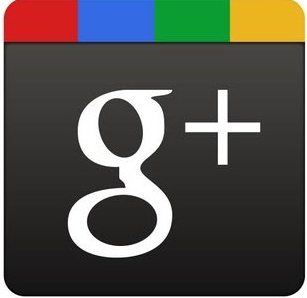 Over the summer, many of us were invited to join Google+, the web giant’s newest attempt at social networking. Initially, Google+ activity exploded because of its attractive invite-only status, but users quickly became disinterested while the project was still in testing. However, after an official launch in late-September, Google+ has seen a significant swell in interest. Why now?

While under field-testing, users failed to recognize the power of the platform. More recently, however, users have begun to look beyond the similarities of Google+ and competing platforms, and are openly exploring its enormous potential. By condensing the vast array of Google services into one project, Google had created a way for users to transform their experience online by providing better search engine optimization, allowing augmentation of information in one place and giving users an opportunity to network beyond the now-traditional avenues. Essentially, it makes us more efficient online users, be it for personal or professional reasons.

The New York Times tech blog Bits, his holiness the Dalai Lama and fashion media mogul Tyra Banks are just three recent examples of brands and personalities launching successful Google+ identities. By using Google+’s unmatched “Hangout” feature, these brands interact directly with their audiences live, in real time. The possibilities for exposure, listening and communicating for brands are endless thanks to “Hangout,” a live, group video chat. While Facebook and Skype have introduced a partnership that provides a similar feature, no platform has condensed the entire social web experience as consistently as Google+.

In another feature, Google+ Pages, Google opens a new world of engagement for brands. Brands can now segment their audiences into gold, bronze and silver categories, allowing them to better service their brand influencers. By segmenting audiences, brands can successfully tailor messaging to particular groups to ensure that specific audiences receive the  information they need (and want). Brand engagement via Google+ Pages, coupled with high profile Hangouts, introduce users to the most efficient and progressive methods for content sharing and listening.

Google’s influence over the way we interact with the web is undeniable. By systematically controlling nearly every aspect of Internet use (search, email, blogging, maps, video, web browser, syndication, etc.), Google has single handedly defined user experience. Despite their success in other ventures, Google has failed to break into the social media world. This time, it seems they have learned from their previous missteps.

By defining Google+ as an “ongoing project” rather than a “platform,” Google has positioned themselves as leaders of a massive experiment. The possibilities for experimentation inside this open-ended project are nearly endless, and gives Google the opportunity to not only be Internet content providers, but thought leaders in the rapidly changing world of social interaction.

Given Facebook’s recent legal snafus, more and more users are showing interest in Google+, building an entirely new audience for brands. It’s time we all got with the +.

Makenzie Davies is a Social Media Marketer at Otherwise Incorporated.