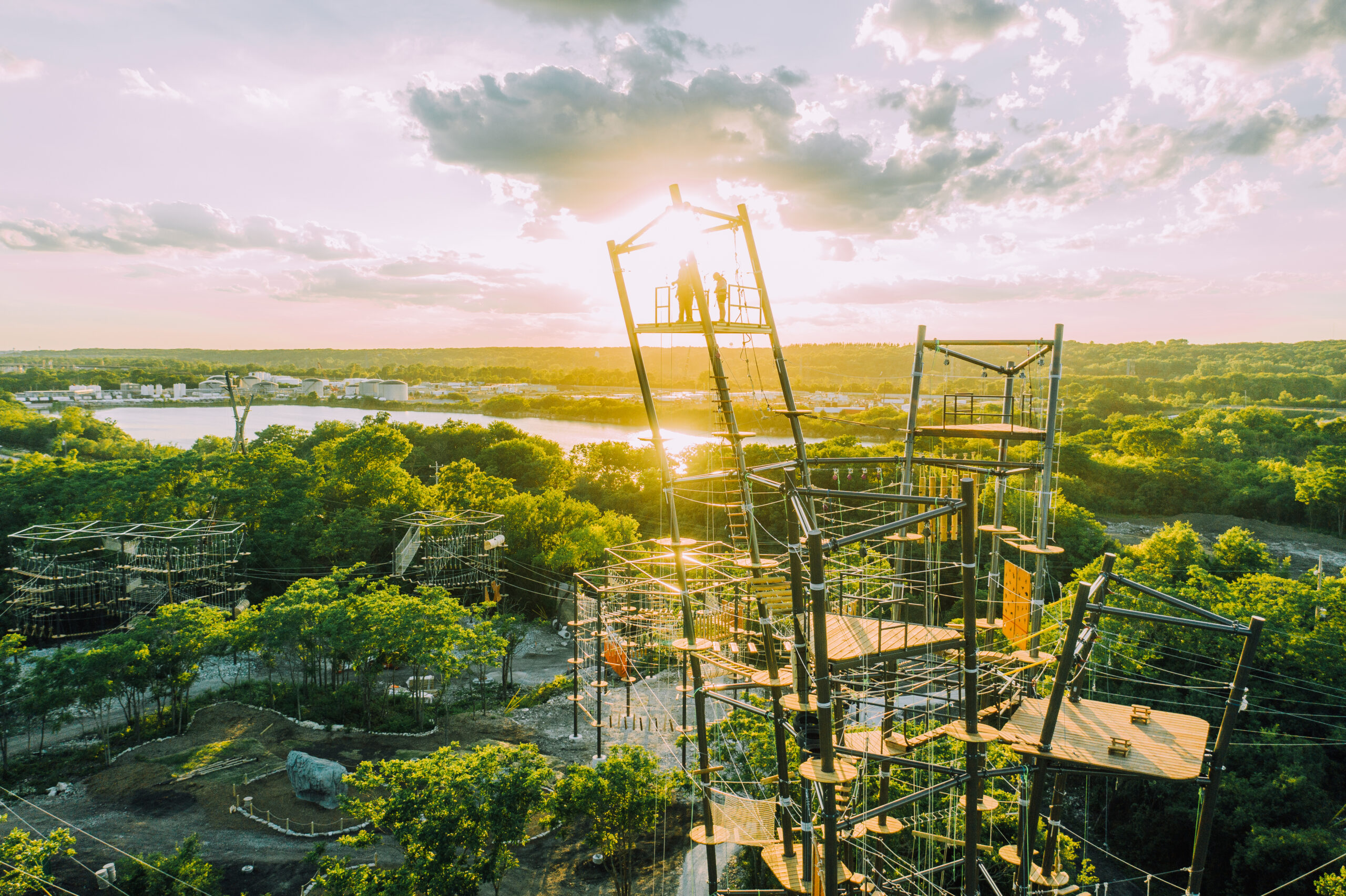 What is it like to open and operate an outdoor adventure park during the pandemic? Nobody knows better than Jeremie Bacon, Cofounder and CEO of The Forge: Lemont Quarries. It’s been over a year since we collaborated with Bacon and his partners Chris Gladwin and Bart Loethen on the brand development for The Forge, and we were thrilled to sit down (virtually, of course) with Bacon to catch up and discuss.

Opening Without (Much) Hitch

The Forge is a Disneyland-esque playscape for adventure seekers. Sitting on 300 acres of historically significant land in the Chicagoland suburb of Lemont, the outdoor park boasts the largest aerial challenge course and tallest climbing towers in the world, as well as the longest ziplines in the tristate area — all as part of a mission to exhilarate, educate and entertain guests of all ages and abilities.

It was February 28, 2020 when The Forge hosted a community event at local Lemont High School to unveil their plans for the park, and not three weeks later, Illinois’s COVID-19 shelter-in-place order was announced. While out-of-state construction crews were unable to travel and continue the process, Bacon and the team quickly pivoted to “switch certain vendors, reorient and re-architect,” says Bacon. “Though our initial opening day was slated for May 25, we pushed fast and furious to make sure our opening was only delayed until mid-July.”

This pivot was critical; “In the outdoor recreational industry, up to 70% of your revenue comes in the summer season between May 25 to September 30,” explains Bacon. And on July 1, open they did — to staggering success. Even with supply limited, allowing for safety precautions and social distancing measures, demand was strong right out of the gate. 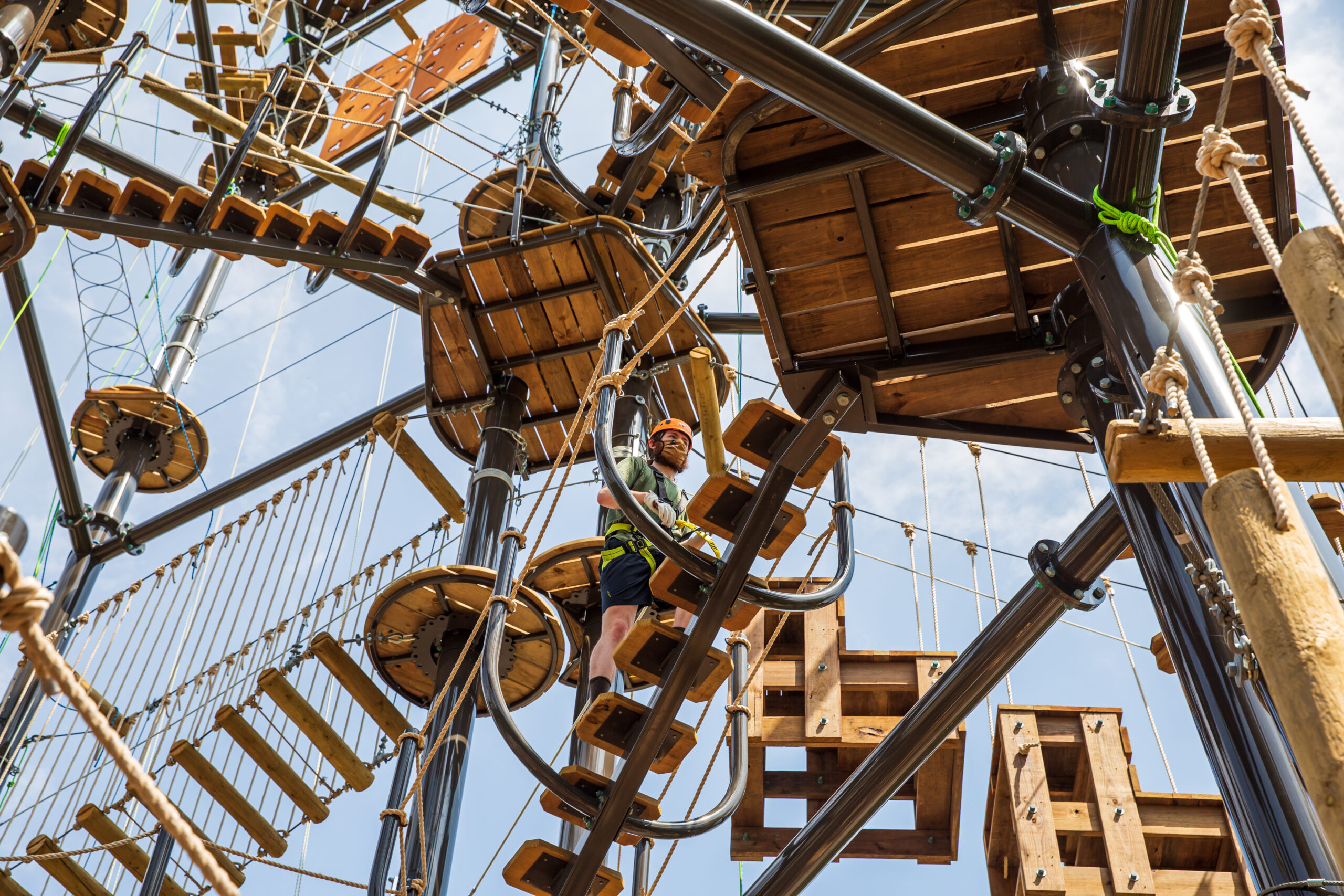 From Building the Park to Building Community

And perhaps demand was so strong because more than just being an impressive playscape, The Forge fills a much-needed void during the pandemic. It falls into the category of third places: the anchors of community life, defined by urban sociologist Ray Oldenburg as “the places you go to relax in public, encounter familiar faces and make new acquaintances.” (First places are the home and second places are the workplace; a distinction with increasingly blurry lines these past few months.)

Bacon, an outdoor enthusiast who likely spends more time outdoors than in, was shocked to hear just how needed an outdoor escape was for many visitors. “I can’t even count the number of times where I’ve been talking to a guest and they’ve told me this is the first time they’ve been out of the city since March, and been able to be in a social setting like this in nature,” he muses.

In addition to chatting up guests while at the park, Bacon revealed his secret: he’s often playing “mystery shopper” at The Forge, climbing the eight towers or biking the dirt trails while quietly observing how visitors respond to the park. These moments are where the real magic happens and Bacon sees the true impact of such an experience on people. 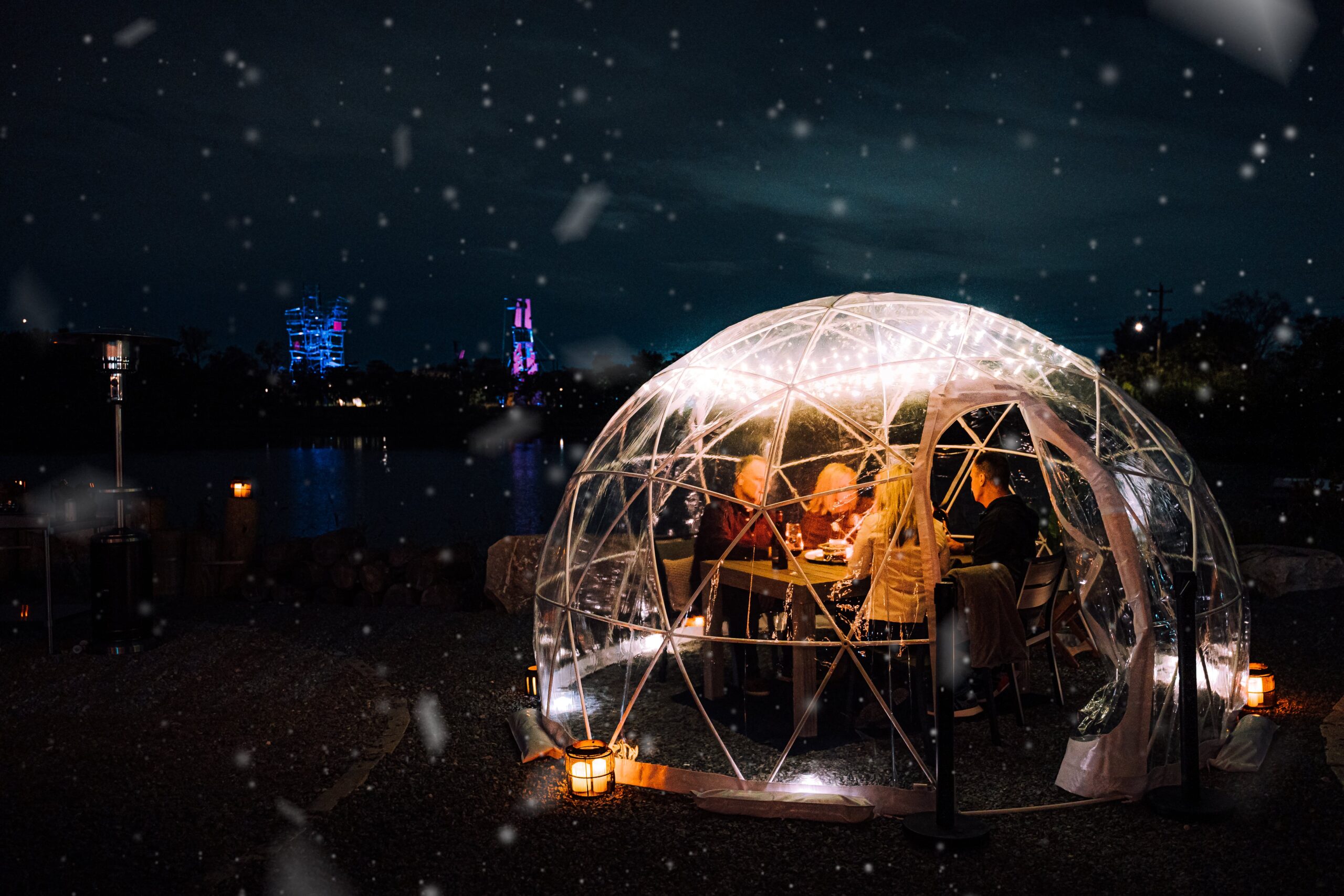 While some solutions, like the community ice rink, were created in response to COVID-19, other park features, like Forgefore Globe Dining, were always part of the plan. In fact, Bacon purchased the outdoor dining domes in May of 2019. And maybe it’s because The Forge anticipated the need to create a third place, a place where people can connect to one another and to the outdoors, before that need ever became quite so paramount in 2020.

*all photos courtesy of The Forge