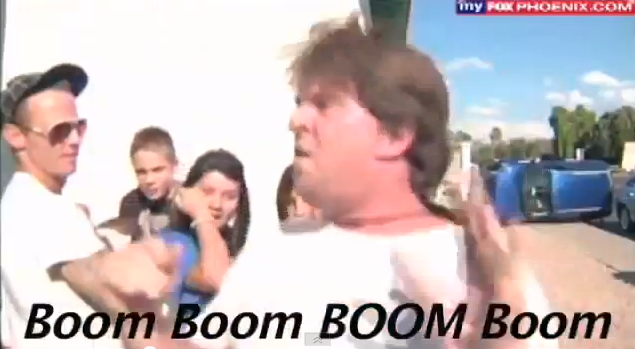 Back in September, I uploaded a piano cover on my YouTube, and this video single-handedly marked the rebirth of my YouTube channel and I got to experience first-hand the effects of two key factors in social media – content timing and the user engagement that naturally followed the content.

The video I uploaded was a piano cover to a song uploaded by YouTube user schmoyoho, who creates autotune music videos to trending news or video clips. At the time, the original news clip went viral, and it became even more widespread due to schmoyoho’s also-viral “songified” version.

The morning after I had uploaded my cover, I woke up to see that my email inbox was flooded. Literally flooded.

And I saw that schmoyoho himself – who, by the way, has close to 2 million subscribers – liked my video, used my cover as a video response, and linked to my cover at the end of his own video!

Within less than 24 hours since I uploaded the video, and I gained nearly 5,000 views and received over 30 subscribers, 100 likes and 50 comments from just this one video. Additionally, several people messaged me to request songs, and one person even asked if I could play a cover to use on his own videos.

Other than realizing that a bunch of people actually enjoy the music I’m putting up on my YouTube channel, I realized the importance of uploading content at the right time.

Basically, timing is opportunity. I created and uploaded a cover to schmoyoho’s video within hours after he had uploaded it. As I’ve witnessed through the analytics for this video, as well as several other of my videos throughout the months, generally, content related to trending topics will hit its peak in popularity within the initial few hours of its upbringing into the online world, and it will continue to hold viewer interest only for a few days at most. As quickly as content becomes viral, content drastically becomes obsolete, as you can see in the graph below. 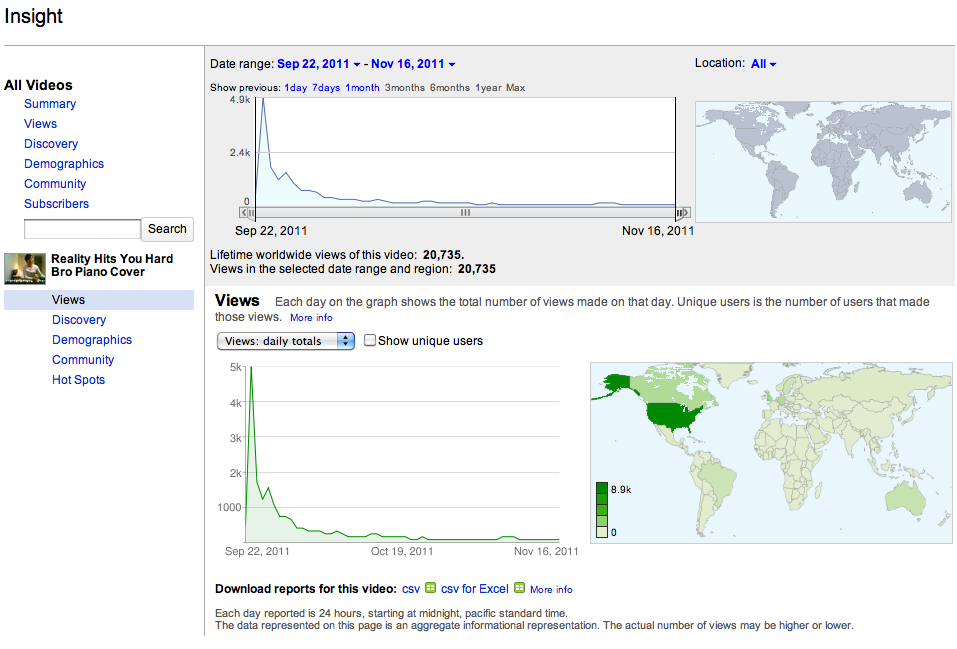 User engagement with content also shows an identical pattern, where people are excited to comment during the moment of “peak popularity.” Once the hype over the topic is over, people are less inclined to comment. I initially had a lot of visits come through the blogs and forums where I had left a link to my piano cover within the first 2 days of schmoyoho uploading his original video, as well as through schmoyoho’s channel. After that, only a few visits trickled in from a sparse number of searches on YouTube or through a related video link via some of my other piano covers. Additionally, the once-heavy flow of comments under my piano cover itself soon came to a halt, as shown below. 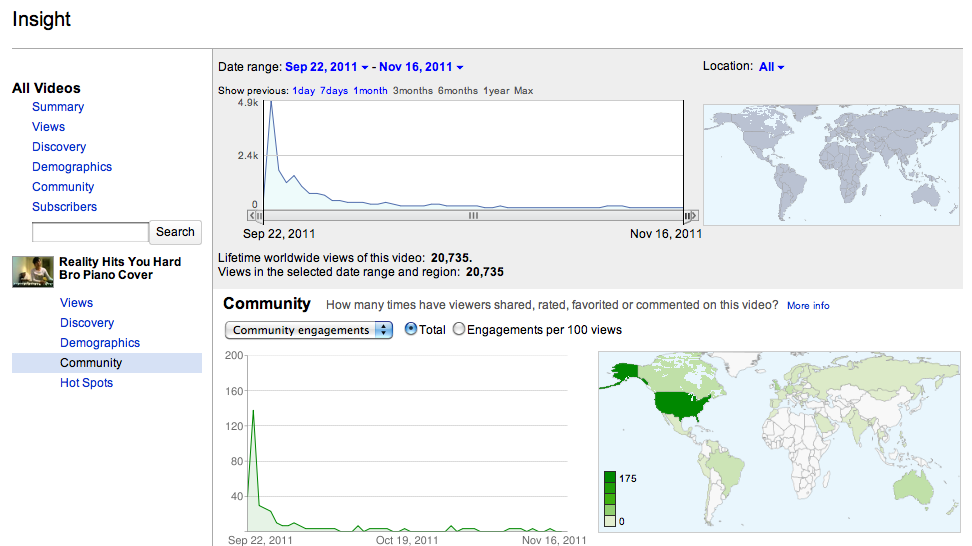 As short-lived as it was, it was amazing seeing the view counts and number of likes grow every time I reloaded my video insights page. Although I still receive an occasional like or comment on that piano cover, the time has passed, paving the road for another trending cover to make it to my YouTube channel.

Ji-Sook Yim is a Integrated Marketing Associate at Otherwise Incorporated.