With much fanfare, the Brooklyn Nets’ new home in Downtown Brooklyn at the Barclays Center is fresh and ready for the 2012-2013 NBA season. Along with the team’s new stadium and move from New Jersey to New York comes a controversial rebrand for the team. 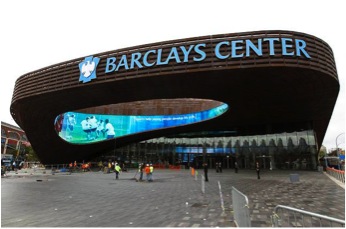 In short, the visual identity conforms to simple black and white on a flat plane, something new and unique in the NBA. The use of the shield is iconic for Brooklyn, and the typefaces are meant to mimic vintage NYC subway signage from the 1950s. 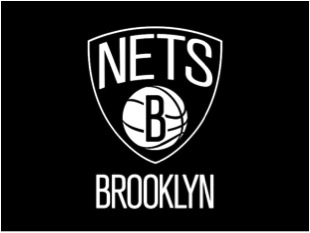 While the brandmarks themselves are technically flawed from a design perspective, we think that the Nets hit their target with the new identity. Sure, the visual ID may be poorly executed; but it’s bold, raw, and honest. Layout and spacing issues are overlooked and the minimalistic, urban scheme embodies authentic Brooklyn culture.

“Brooklyn,” even on its own, has become a popular brand of late. The notion of Brooklyn as the underdog — the grittier and more real part of New York City — has been popularized through music and clothing. The borough is known mostly for its bungalows and its bridge, icons of the classic working class urban American setting.

Rap stars recently have reinvigorated the Brooklyn image as “hip” and “rough,” bringing the borough back to the forefront of American culture. The eclectic Brooklyn culture has taken on a life of its own, as a symbol of edgy design, fast living, and rusty but wholesome neighborhoods. The Nets’ identity reflects this culture with a visual impact that is the essence of Brooklyn.

The identity, as a whole, is just plain cool. It doesn’t need overdone embellishments (à la every other NBA logo) because in this case, less is more. The primary logo and its variations in the identity kit work well aesthetically with alternating taglines, and chunky, script-like fonts grace apparel and accessories. The various ways of spelling out Brooklyn Nets, the New York City references, and music/culture motifs make it clear that this is Brooklyn’s newest “lifestyle brand.” For this brand, the applications are more important than the mark itself.

The new identity is successful for three reasons: relevance to the local Brooklyn vernacular, a means of accomplishing distinction, and the associated meaning to its target market. The identity’s only weakness is the poor execution of the design itself, which in a place like Brooklyn, home to many of the world’s greatest designers, is hard to explain.

The street credit of the brand is high, and it has been received well by Brooklynites. While critics call it uninspired, the bold and simple look is perfect for Brooklyn. Its edgy heritage and modern coolness are apparent, and the brand’s face is becoming a ubiquitous symbol of not only the reborn team, but the distinctive self-confidence that is Brooklyn.