Ever since Amazon’s announcement of ‘Amazon Prime Air’, a less than 30-minute delivery service using drone technology, it seems life is starting to look more like the dystopian society depicted in George Orwell’s novel, 1984. Immediately following the release of Amazon’s highly futuristic video (at least in appearance), the rat race for the use of unmanned aircrafts as delivery services began. Both UPS and FedEx have expressed the possibility in using drones to ensure quicker delivery without the need of deliverymen. Although this technology is far from perfected, and even less far from TSA approval, it sounds harrowingly akin to the world in which Orwell depicted: one with far too much technology, and absolutely no privacy.

1. Smart TV’s
Americans no longer need to make a trip to the IMAX theatre, as 3D TV’s and “Smart TV’s” are readily available. Not only do these TV’s offer the ultimate sensory experience, they also come equipped with facial recognition software. This eye tracking technology calculates the age and number of people viewing the screen, and there is speculation they are capible of much more. Although these screens do not actively spy on us as Orwell’s “telescreens,” their ability to monitor and track eye movement seems like something advertisers would find highly valuable.

2. Microsoft Kinect
Gamers no longer need worry about their thumbs getting sore thanks to the invention of Microsoft Kinect, a device that eliminates the need for controllers. Instead, Kinect sense its user’s motions and verbal cues with the add-on of a full peripheral webcam. This software created a new ad platform, Nuads, which make the consumer an interactive part of the advertisement: taking part in polls or offering consumer opinions. Although Orwell’s “Thought Police” may not be tracking your inner most thoughts, it is possible your Kinect is. 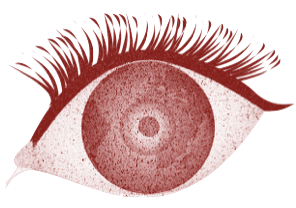 3. Google Glass
Glasses are no longer for correcting impaired vision with the invention of Google Glass. Rather than serving as an optical lens, these glasses operate as mini computers, allowing users to communicate with the Internet hands free. Furthermore, these glasses have a built in camera lens. Although it is not Big Brother, the built-in camera lens poses a real privacy because people can flip the camera and spy on others in public. Clearly posing a concern, casinos and theaters have already banned the use of Glass.  Although it may not be Big Brother, these glasses make ordinary citizens capable of closely recording strangers.

4. 3D Printers
3D printers offer many creative functions with the ability to print and replicate a wide range of desires, from a childhood blanket to a model of your own body. However, while these may offer fun and creative functions, they pose equally dangerous ones. These printers have the capacity to build weapons with only the existence of a computer and Internet. Even worse, their plasticity would make them unrecognizable to metal detectors. 3D printers caused problems back in 2011 when a gang replicated a device to fit over the card slot of an ATM, stealing over $400,000. As Orwell suspected, and these printers reinforce, technology proves particularly adverse when it become readily available to anybody with little regulation. 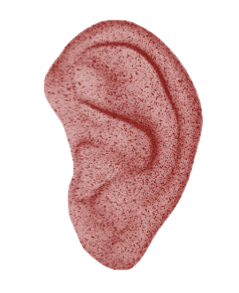 5. Surveillance Technology
Science fiction depicts emotionless humans killing people, and thanks to drone technology this has become a reality in military operations.  However, in 2012 Congress passed a bill allowing for commercial and police drone technology to monitor suspects from above ground. An estimated 30 million surveillance cameras currently record 4 billion hours of footage in public places: from Central Park to public transit. Perhaps, this most clearly aligns with Big Brother because these cameras nearly guarantee at some point the government has watched you.

We’ll remember 2013 as a year filled with many technological advancements; a year with the first Tweet sent from outer space. These breakthroughs are often entirely genius and capable of good. However, as both consumers and enterprises, we must continuously balance the extent to which our privacy is worth more than ultimate gaming experience. Besides, if technology alone isn’t Orwellian enough, just think of his notion of “Newspeak,” or the dumbing down of the English language. That sounds a lot like texting, LOL.

Erica Grubman is an Integrated Market Associate at Otherwise Incorporated.