What will 2013 be remembered for? Perhaps, there is no easier way to quickly identify the triumphs and tragedies of this past year than examining Twitter. With over 500 million users, Twitter is the world’s open conversation. Users can discuss the most pressing events rapidly, and in 140 characters or less, of course.  When something momentous occurs, Twitter is often the first place to take notice.

However, these conversations are not random, but rather #hashtags organize discourse by grouping similar discussions together. The power of Twitter is known in its ability to mobilize people and even spark a revolution, most famously the Egyptian Revolution of 2011. Far from all encompassing, looking at the most popular hashtags of each month provides a cliff notes of the defining moments of 2013, at least in the world of “tweets.” 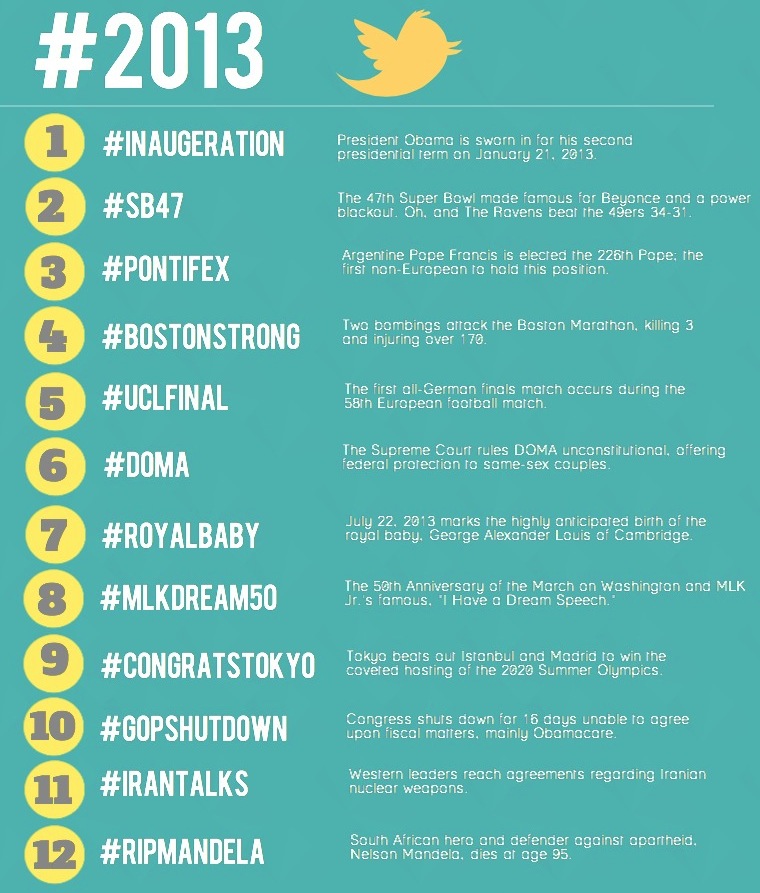 Erica Grubman is an Integrated Marketing Associate at Otherwise Incorporated.