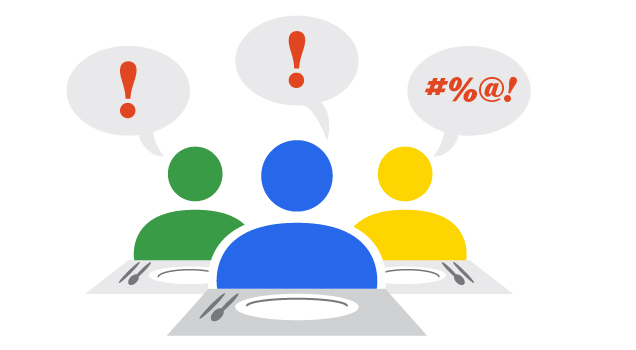 As search becomes more social, we’ve seen search engines like Bing and Google integrate social media platforms in their results to provide new ways for users to discover brands and businesses. Recently, Google announced Google+ Local, where users can search for local businesses, read reviews by others and submit their own reviews – all from within their Google+ network.

Google+ Local is essentially the merging of Google search, Google Places and Google+. Converging the lines of social, local and mobile, Google+ Local is accessible through several channels, including Google maps, mobile and both Google and Google+ searches.

For users, Google+ Local gives a more social experience to finding businesses. For businesses, social discovery reinforces the fact that brand reputation is driven heavily by users, rather than by brand identity and message alone.

Google+ Local serves as a search engine for businesses, directly within the Google+ platform. Users can search for businesses straight from their Google+ network, with the ability to narrow down results based on location. Location filters can be as broad as a city or neighborhood (similar to Yelp), and be as specific as a particular street or even intersection.

The most unique feature with Google+ Local is the results page for restaurants. A broad search for restaurants will present a list of restaurants that are divided into categories such as sandwiches, Mexican restaurants, food delivery, salads and steak restaurants. To further facilitate the discovery process, a Zagat score appears next to each restaurant result. Clicking on the restaurant name will take users to the restaurant’s Local page, where they can read the full Zagat review as well as individual user reviews, giving users both an objective and subjective glimpse into the restaurant. 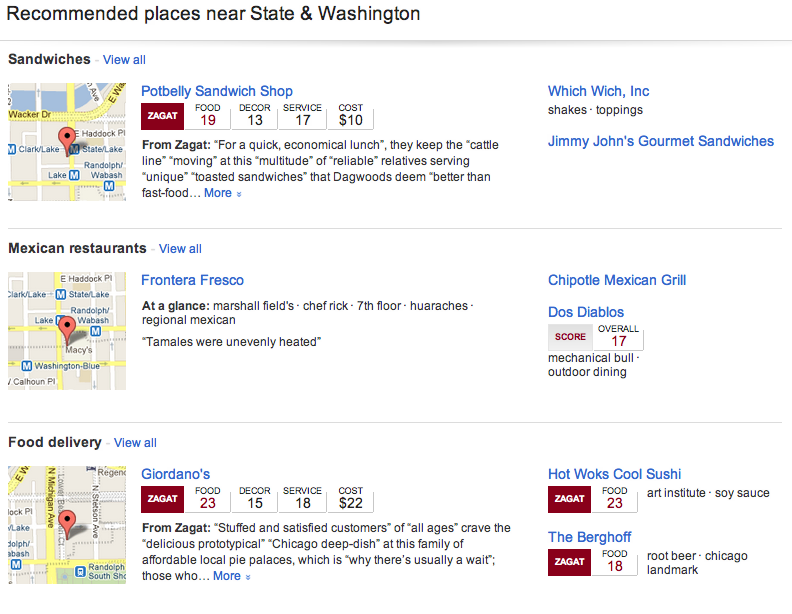 Google+ Local pages are also interactive. In addition to the ability to upload users’ own photos, users can write their own reviews for the business. For restaurants, the reviews on Google+ Local are on a point system, which replaces Google’s previous star-rating system. With the new points-based system, users can give separate points for food, décor and service and also designate the cost per person. Google+ Local also offers a scoring guide for all businesses, and this structured system gives other users a clearer snapshot of the venue.

Users can also filter their Local search results to see business reviews written by “Top Reviewers” or “Your Circles.” And when users click on a business’s Local page, they can immediately see their friend’s review on the page, which is similar to the friend referral concept of Bing’s social search.

With Google’s integration of business search and user reviews straight into Google’s social network, brand presence is more widely accessible than ever. The +1 and “Share” buttons are located in plain sight within the business’s local page, making it easier for users to share the business and its reviews to their own Google+ circles. No longer is brand reputation driven solely by brand identity and message alone – the voice of the consumers plays a larger role on the brand within the digital space.

Google also indexes businesses’ Local pages into their search engine, allowing users to reach the Local pages and business reviews through Google search and Google maps. When users search for a business, Google now shows the average user-rated score for the business (or Zagat score for restaurants). Clicking on the “Google reviews” link takes users to the business’s Local page within Google+, where they can read reviews and see photos. In the future, Google may have better luck exposing people to the new Local feature if they treat each business’s Local page as a webpage, rather than having the page only show up as a link for Google reviews. 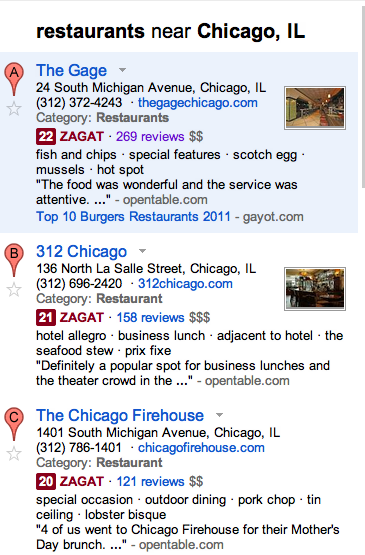 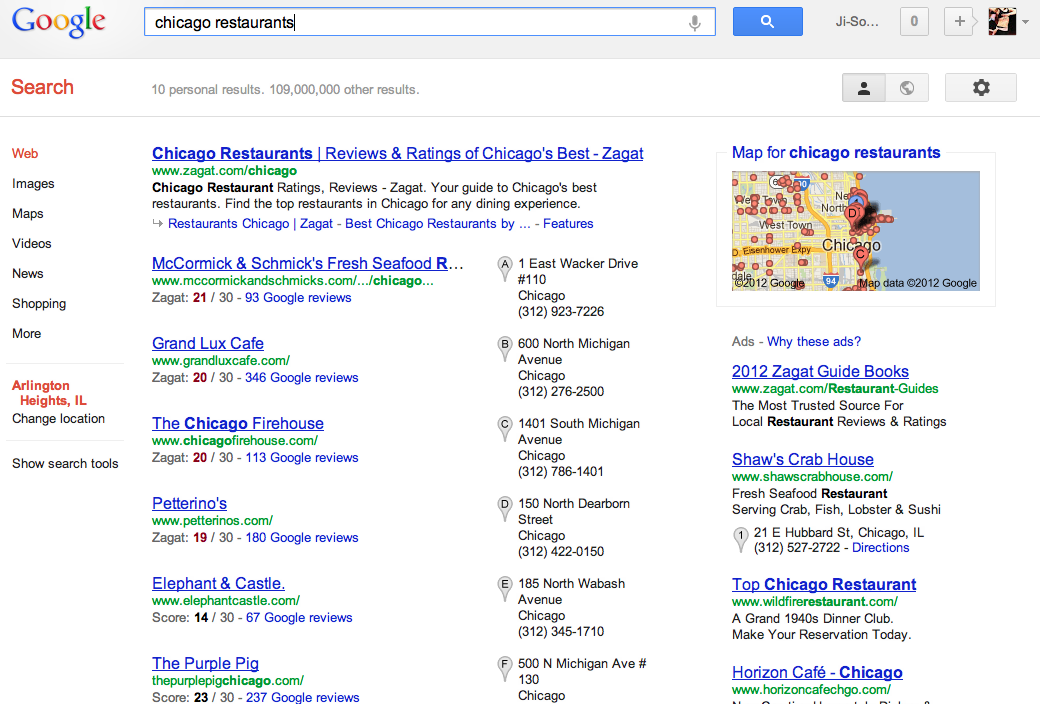 A Positive Future for Google+?

For businesses that already have their own Google+ page, Google plans to merge the page with the Local page in the future. This merge will give businesses no option but to begin using Google+ in order to manage their own page, further reinforcing the power of social media on brands.

Google’s addition of the Local feature on its social network makes Google+ stand out from the other social media platforms, truly embracing the social-local-mobile concept. Although people default to Yelp for user reviews and Facebook for business engagement, Google+ is the only platform that combines the two forces in one place. Google+ Local may be the feature that migrates Yelp and Facebook users to Google+, while converting idle Google+ bystanders into active Google+ users.