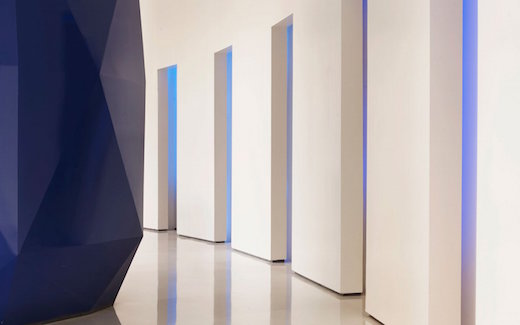 After its construction was completed in 1927, the Sherry Netherland was considered the tallest apartment-hotel in New York City at 570 feet. It could be argued that in the shadow of its engineering achievement, its innovative service offerings did not receive due recognition. As one of the first buildings to offer private residences with the same services as its hotel did, the Sherry Netherland was a century ahead of its time.

In its advent, hotels began establishing branded residences inside or adjacent their buildings. While initially the residences offered the same services as the parent hotel did, today they incorporate a broader set of offerings. 21st century branded residences often include luxury services such as on-site dry cleaning, pet sitting, spa services, automated package retrieval, and they offer amenities such as in- and outdoor swimming pools, fitness center, media room, demonstration kitchen, wine cellar, workshop, playroom or a rooftop running track.

But the rich spectrum of services does not account for all the newfound popularity of these branded residences. What truly renders them a new and popular phenomenon is their highly accented brand identity. In fact, a superior and distinct brand is so essential, that many buildings today often inherit their identities from non-hotel trademarks. While established hotels, such as The Ritz Carlton or the Kempinski, offer luxurious residences worldwide, wealthy individuals can now purchase celebrity and company endorsed residences as well. For instance, Bulgari has residences in London and Milan, Virgin has licensed their brand to apartments in Moscow, and Armani, Versace, Dunhill and Ferrari have lent their names to opulent homes in Dubai. Or just consider Jade Jagger, Mick Jagger’s daughter, who works in concert with the development firm YOO to design the interiors of luxury condos in Mumbai, New York and Marrakech.

What it is in a brand that makes prosperous individuals pay top dollar for an apartment often seems to be the (multi) million-dollar question. The answer to that can be found in a report that Knight Frank released in 2012. In their analysis, titled “Branded Developments: The Impact of Branding on Luxury Residential Developments,” they argue that a recent upturn in the number of branded developments is closely linked to both the growth in the number of wealthy individuals since 2006, and a shift in their investment requirements soon after the financial crisis of 2007-08. As the recession decimated the wealth of those with large holdings in stocks and bonds, it became clear that shifting to more tangible investments would most likely translate into better security. Furthermore, for many, a well-established brand is analogous to quality insurance. As John Hitchcox co-founder of YOO development put it, branding “lends credibility, endorsement and identification.” Thus, the combination of tangible investment requirements and the guarantees embedded in lasting brand labels has helped define this prospering luxury real estate market.

Investing in branded developments can buy well-to-do individuals sought-after benefits such as individuality, exclusivity, security, privacy and an association with illustrious designers and architects. But these luxuries come at varying and nonetheless hefty premium prices. According to Knight Frank’s survey, the price difference between non-branded and branded developments can range from 5.7% to 50%. According to Luxhabitat, an Emirian high-end property brokerage, the fluctuation can be even more substantial. They reported in their 2014 analysis that compared price per square feet, the Armani residences in downtown Dubai were a staggering 73% more expensive than a non-branded apartment in the Burj Khalifa.

To put a price tag on these residences is not all that simple, however. A branded apartment in Bulgaria, for instance, could go for about $100,000, while a 5-bedroom penthouse in the Palazzo Versace in Dubai could be worth more than $8 million dollars. On average, however, potential buyers should expect to pay about 30% more for a branded home.

As far as investments go, buyers of branded developments can also opt to purchase ownership in a hotel’s private residences, and hence share the profits. The agreement comes with perks, as the investors are usually allowed to use the property for a limited number of days during the year. And if you’re wondering just how well these investments do, an owner of the Armani Residences in Dubai told Giles Hannah, senior vice president of Christie’s International Real Estate in 2014, that in five years, the value of her residence increased 55%. That was 28% more than its non-branded counterparts.