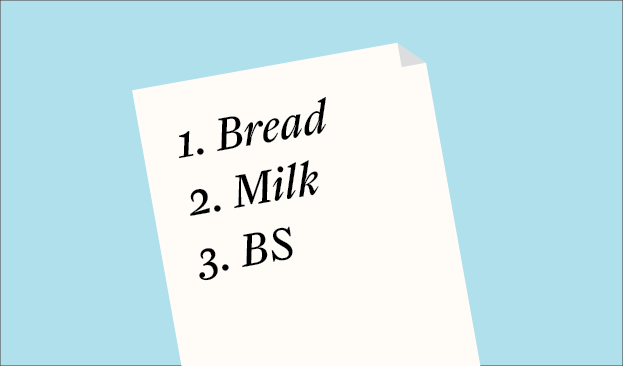 The latest craze: BuzzFeed lists. The site receives over $46 million in funding and ranks on the top 10 most-viewed news sites in the United States, aligning it with well-respected media outlets like CNN and The New York Times. Unlike the latter sites, BuzzFeed thrives in its ability to generate listicles, an Internet phenomenon. The content is light-hearted and hardly informative. More importantly, they are intentionally designed to be easily sharable, which has earned BuzzFeed the dubous honor of most shared site across all social media. Often accompanied by photos, they offer a diversion from whatever you are supposed to be doing (likely working) for the legions of millennials addicted to BuzzFeed. Most concerning, these frivolous lists are replacing legitimate journalism, rather than merely supplementing it. In the hopes to gain the attention of the people reading these lists, here are 5 reasons to stop reading BuzzFeed lists…

1. It is plagiarism.  Their popular lists and accompanying photos more often than not lack proper accreditation, often relying on plagiarism loopholes in the cyber world.  In one of many instances, BuzzFeed posted a list: “The 30 Happiest Facts of All Time.”  With more than 1,840,000 views this widely popular article borrowed all of its information from a Reddit thread asking users for the “happiest fact they know.” BuzzFeed has been described as a site made popular for its ability to, “polish and repackage what they find.” This is one of many examples in which BuzzFeed fails to cite the original source and profits off a lesser known site. Without proper credit, any information lacks authority.

2.    It is a false sense of knowledge.  Now, you don’t need to read an entire book, or even a full article, to feel well informed on a topic, but reading “8 Mind-Bending Facts to Make You a Geography Expert” with the accompanying 1:39 video of geography facts, does not make you a master of the subject. There is a danger of replacing thorough research with (unsourced) arbitrary information. Reading lists does not make us experts.

3.    It blurs the distinction between fact and opinion.  One of the most basic literacy skills is the ability to distinguish between fact and opinion.  However, BuzzFeed blurs these lines by using bold statements such as, “Everything You Need To Know About the Uprising in Venezuela.” An article comprised of 20 pictures accompanied by vague captions, surely, is not everything you need to know about a complicated political situation in Venezuela as the title suggests. Reducing a true international crisis to a picture book (with even less content), in the absence of true news sources, gives readers a completely false sense of being informed.

4.    It devalues real reading.  If everything is broken down into a quick list,  people no longer see the need to read more lengthy texts. There is no urgency to bring a book with you on the bus when you can scroll through BuzzFeed lists on Twitter and Facebook.  Furthermore, the titles are compelling. If an article says “48 Ways to Make Your Life A Million Times Better,” it is difficult to resist the urge to click (c’mon you just did it).

5.    It discourages critical thinking.  A chicken or the egg situation: if we aren’t reading, then we can’t think for ourselves either. Reading is the foundation of our ability to interpret information and draw our own observations on the world. However, when we merely skim cute pictures of animals while reading less than 140-character phrases, we cannot awaken our ability to think actively and creatively. Remember when Cliff Notes were the enemy of high school English teachers? Although abbreviated, at least these notes contained full paragraphs and left open-ended questions for further investigation. Now, all you have to do is check out BuzzFeed’s “50 Facts About to Kill a Mockingbird.”

Erica Grubman is an Integrated Marketing Associate at Otherwise Incorporated.