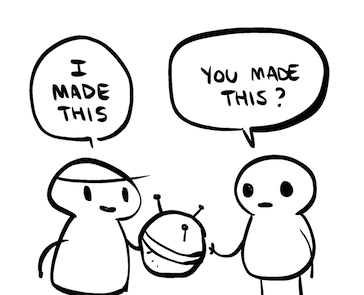 Pew Research released their annual “State of the News Media” report this month, a report being celebrated for its championing of digital publications as the future of the industry. According to Pew, digital reporting has become one of the fastest growing sectors in the journalism world, with 468 Native Digital News Organizations combining to create over 5,000 jobs in an industry that has been starved for growth. Over the last six months, some of print journalism’s biggest names have moved to digital organizations…The Guardian’s Glen Greenwald has moved to First Look Media, Pulitzer Prize-winner Mark Schoofs has moved to BuzzFeed and The Washington Post’s Ezra Klein has moved to Vox Media…moves that together represent tremendous institutional shift from the world of print to digital.

While these new jobs and publications are a source of hope for a news industry that has struggled to adapt to the digital landscape, it begs the question, why now? Digital publications have existed since the internet’s inception, yet it has taken nearly 20 years for web-only publications to acquire the talent of their print counterparts. What is fueling this recent trend? Pando Daily’s David Sirota might have uncovered the answer. In his blog post, “As traditional journalism models collapse, billionaires grab both the medium and the message,” he observes that the majority of growth in the digital news industry has occurred in news aggregation, the compilation of original reporting from a variety of outlets. The growth can be tied to two distinct advantages news aggregators have over print publications. First, they don’t bear the financial burden of supporting a reporting staff, and second, an individual aggregator can publish far more content than an individual reporter. As a result, news aggregators like Huffington Post can publish more content than their print counterparts at a fraction of the cost, making them incredibly profitable and allowing them to use these profits to poach valuable talent from print media.

This move highlights an interesting cultural shift that’s occurred over the last decade: compiling and distributing content has become more profitable than creating it. Aggregators BuzzFeed and Huffington Post were recently valued at $200 and $315 million respectively, while The Washington Post and Boston Globe, were both recently sold for $250 and $70 million. As you can see, aggregators like Huffington Post have created a marketplace where it is no longer economically viable to dedicate resources to news writing, which could easily lead to an environment where there are an abundance of news aggregators but not enough news to aggregate.

Similar trends can be found in the music industry, where the biggest growth can be found in streaming services, applications that compile music into a massive library that’s accessible anywhere. The last year has seen Apple, Google, and Beats Electronics invest heavily in the market, while two of the most popular streaming services, Pandora and Spotify have recently been valued at $6.5 and $4 billion respectively. Just as in news media, it has become far more valuable to share music than it is to make it.

The problem here is apparent. The market for sharing is growing while the market for making is shrinking. If trends continue, companies that have made hundreds of millions from the work of others will quickly run out of content to share. How then can we keep this from happening? How can companies develop a model that allows both content sharers and creators to thrive?

With Steam, Valve has found a way to ease the tension between makers and sharers. As a maker, Steam provides an incredibly valuable platform for distributing work, and as a sharer, Valve is able to reap sales revenue without the costs of a development team. This relationship works because Valve’s “makers” receive a much greater percentage of revenue than those of Huffington Post or Spotify. In this way, Valve abandoned short-term profits for long-term viability, using their aggregator to foster the growth of their market.

While Steam clearly isn’t a direct parallel to news and music aggregators (Huffington Post and Spotify don’t sell news and music the same way Steam sells games), the analogy does illuminate the direction these companies need to move towards for sustainability. Viable content aggregators like Valve have a mutually beneficial relationship with content creators, which encourages the growth of the creation market. The relationship companies like Huffingtion Post and Spotify have with their creators, however, is much more antagonistic. These companies have created a marketplace where it’s no longer profitable to create the content they depend upon, and are causing their creation markets to shrink. In order for each of these industries to survive in the long run, it is imperative that they find ways to revamp their business models to better benefit makers. Otherwise they’ll find themselves on the wrong side of the aggregation bubble when it pops.