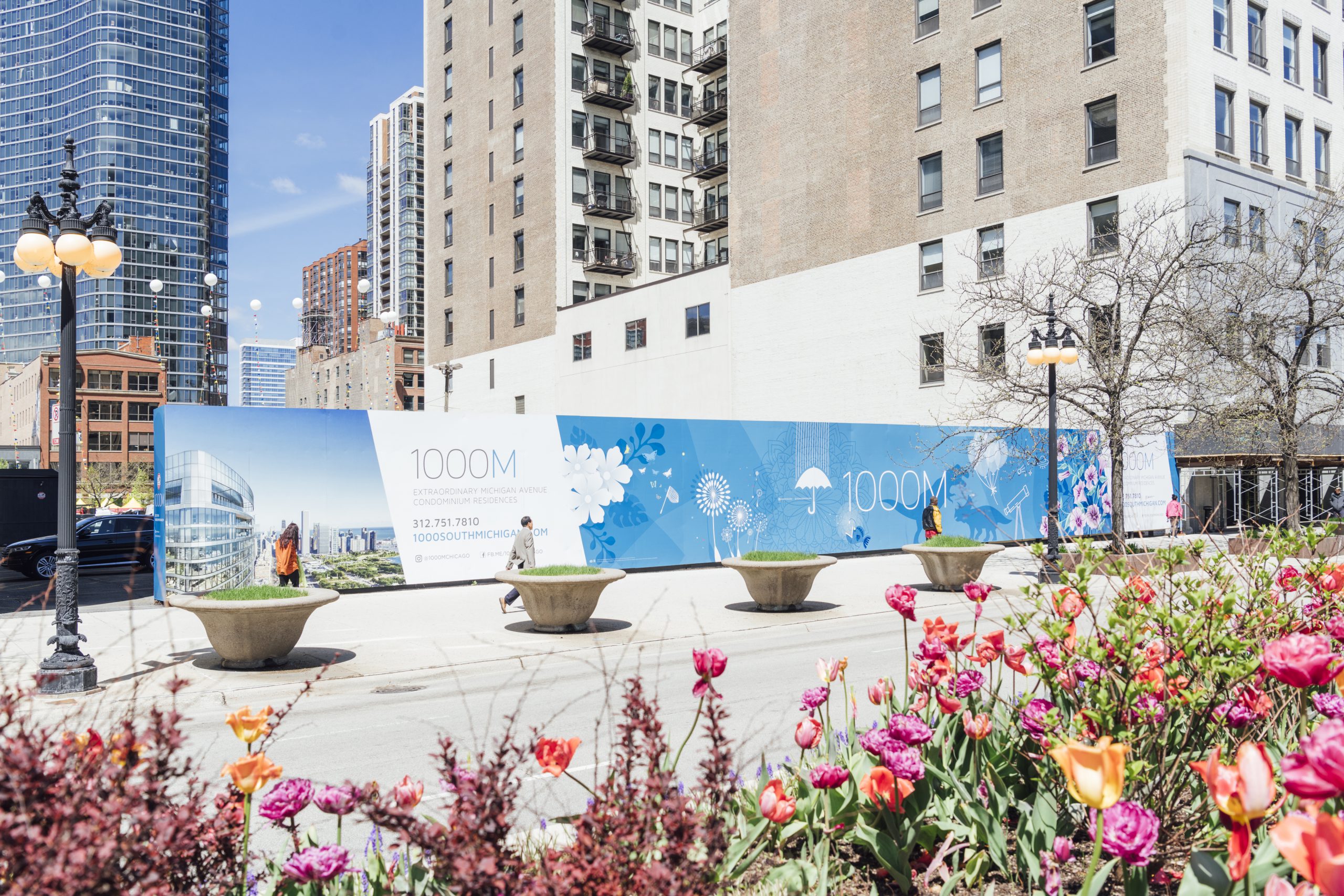 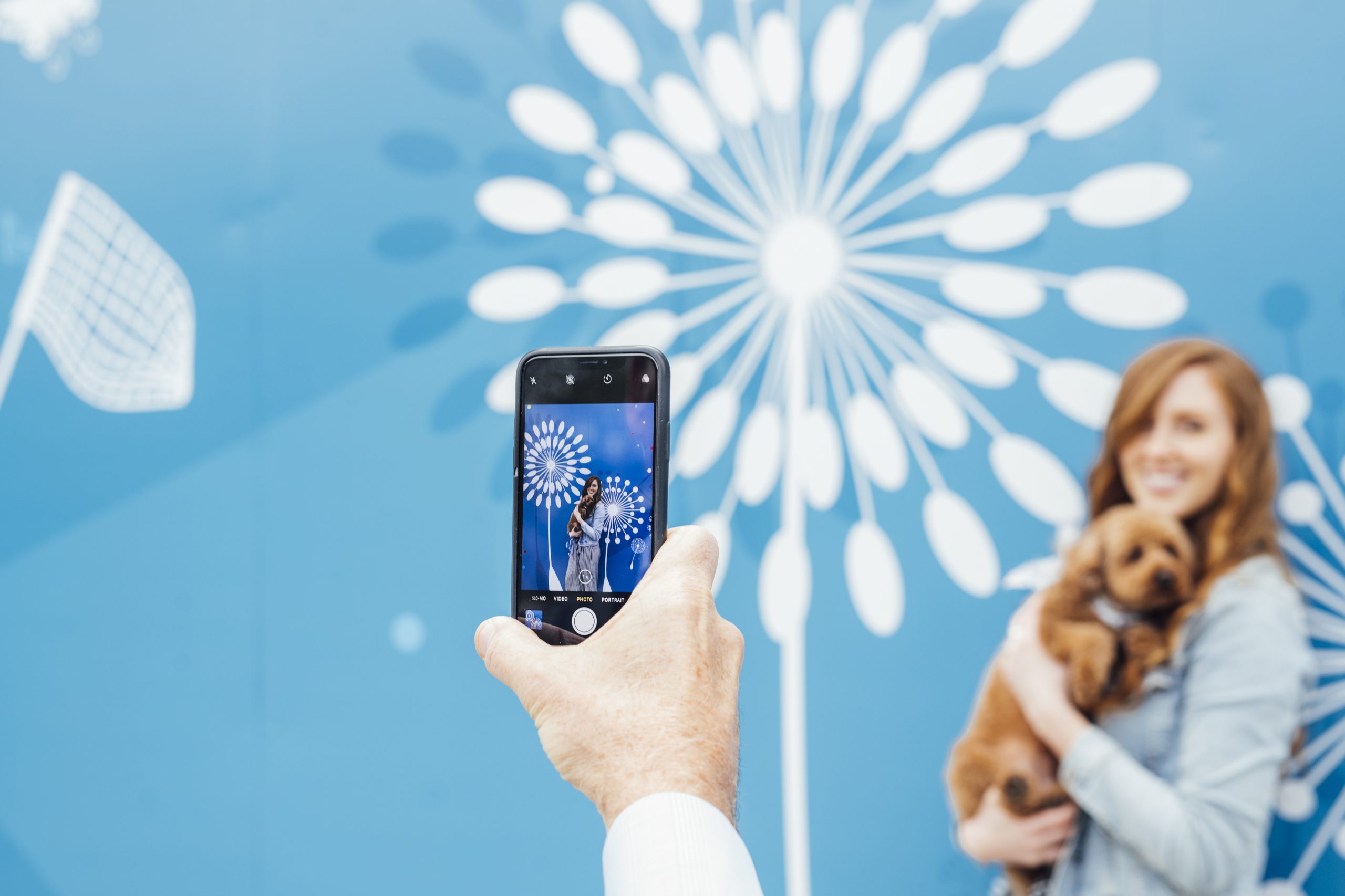 If you live in Chicago, or any urban area for that matter, you’re familiar with the stigma associated with the words “street art.” Although the term was coined to describe a new type of  vandalism that surfaced with the invention of spray paint, street art has become a legitimate media for large-scale, multicolored, complex compositions. Unlike artwork within a gallery or museum, street art is a medium that’s accessible to everyone, and a potential source of community togetherness and local pride. It’s no surprise that between the history of hand painted advertisements and the rising popularity of social media platforms, murals are the next big trend in branding.

Over the past few years, the concept of a branded mural has grown in popularity; In 2017, The Business of Fashion posted an exploration on how the trend could play out in the fashion industry. And since then, we’ve seen similarly large-scale brand statements in Chicago; both Glossier and Louis Vuitton ensured their recent pop-up experiences had a notable presence from the street. Even if passerbys have no interest in shopping at the stores, they still interact with and appreciate the brand from the outside. The technique extends far past retail stores, and presents myriad benefits — in addition to grabbing the attention of pedestrians. 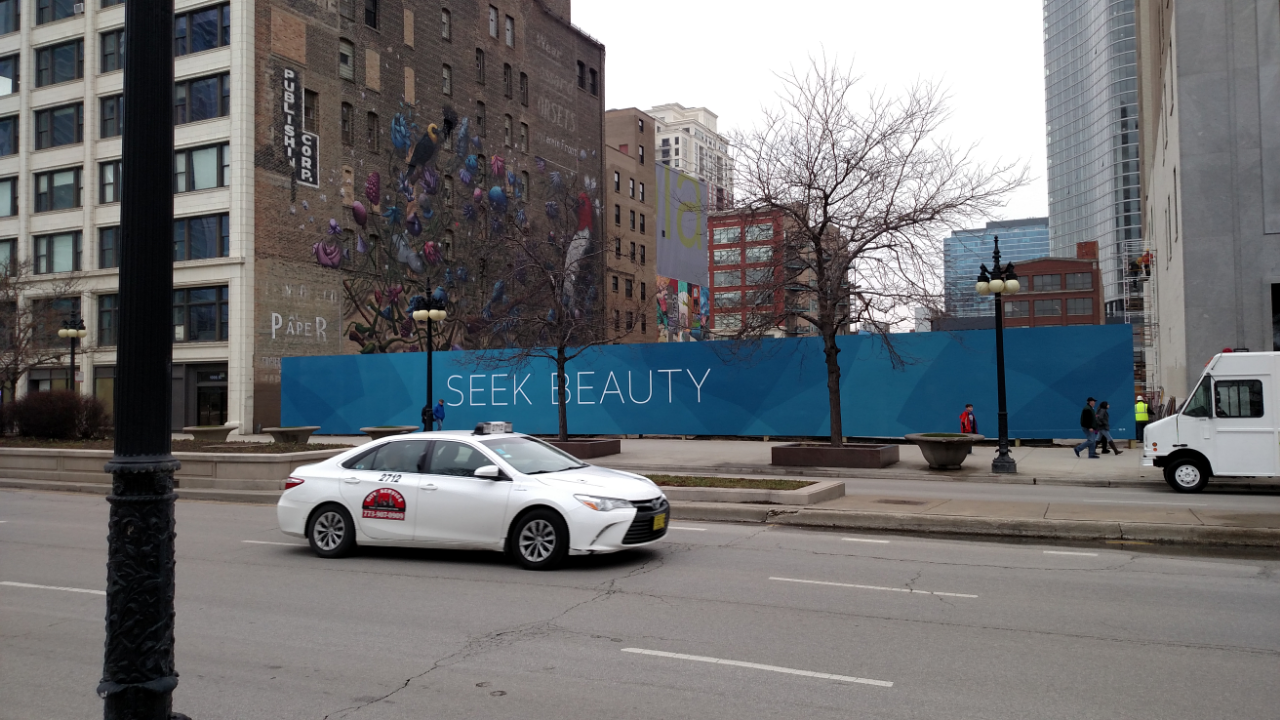 As we began to craft the brand for 1000M Chicago back in late 2016, we wanted to utilize the large construction barricade along Michigan Avenue as a dramatic manifestation of their brand. Bold in its simplicity, the initial barricade design — a teaser of sorts — presented the invitation to SEEK BEAUTY to a broad audience, while sparking intrigue in the project. Unlike traditional real estate signage, we built the 1000M brand on a deeply-held promise to pursue all things beautiful, instead of simply featuring renderings and a list of amenities. Inspired by the concept of street art, the barricade exuded the sophistication, confidence and refinement of the 1000M brand, all the while bringing something beautiful to the neighborhood. 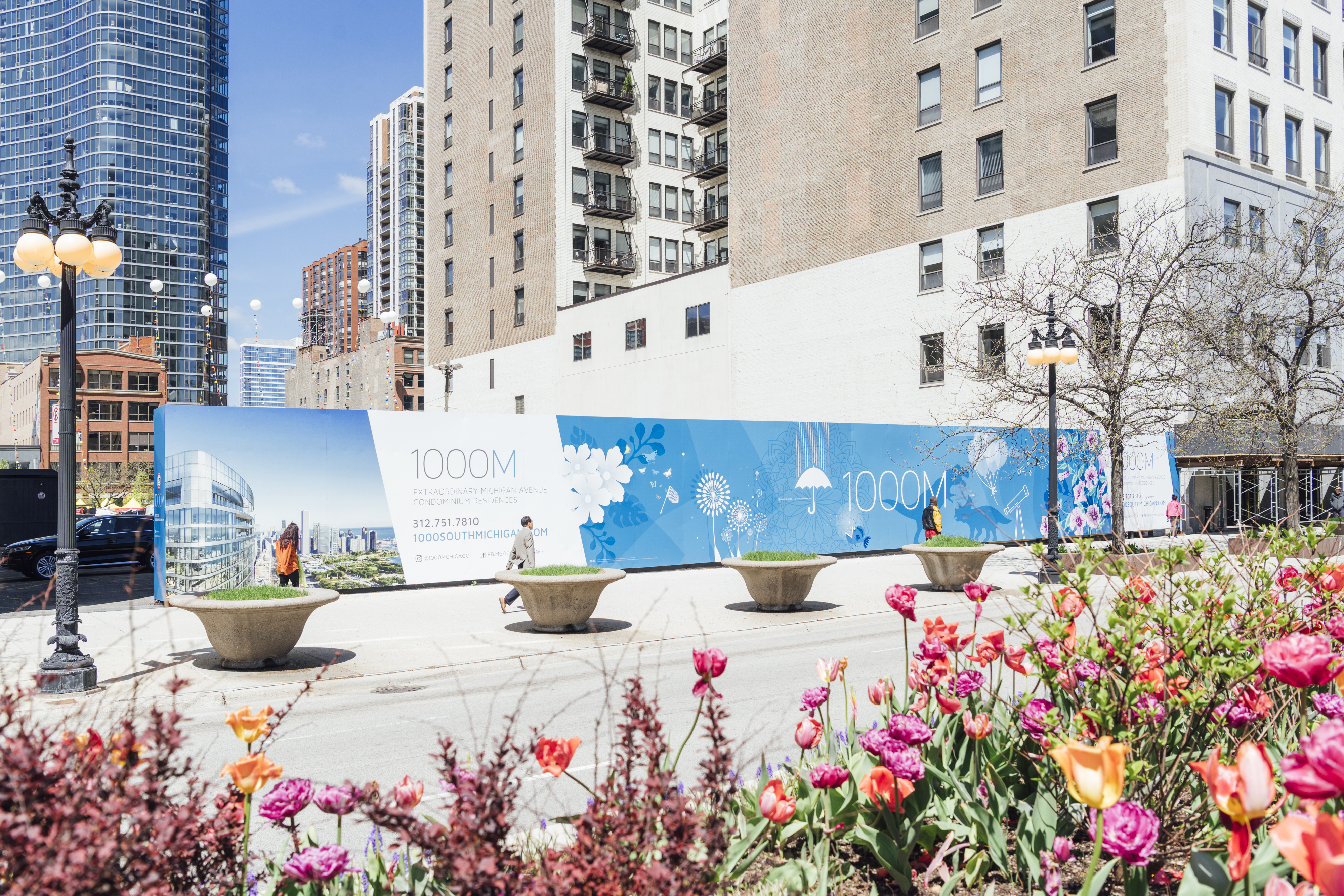 When we updated the barricade in the spring of 2019, we sought to reflect the same beauty, and to create an exuberant, artful experience that would engage viewers and harness interaction via social media; our design landed on a whimsical landscape of flora and fauna that stays true to the 1000M brand with a fresh, vibrant energy. The installation continues to garner the attention of local influencers and bloggers, and with its location directly across from Grant Park, throngs of locals and out-of-towners are drawn to the barricade every day. Unlike other forms of out-of-home advertising, large-scale murals, or barricades in this case, allow for an entirely new type of exposure and audience reach.

At Otherwise, we pride ourselves in being a part of the expansive creative community within Chicago, which includes countless artists, designers and muralists. We boast beautiful street art from local talent such as J.C. Rivera and Joseph Nicholas Fisher (better known as Sick Fisher), as well as out-of-towners like Lauren Asta and Louise “Ouizi” Jones. Native and well-known alike artists bring a unique, fresh inspiration to neighbors and visitors to give brands a new, thoughtful interpretation.

We’re excited to see how murals change and develop in the future within Chicago, and how we might best utilize them for our clients. Stay tuned!