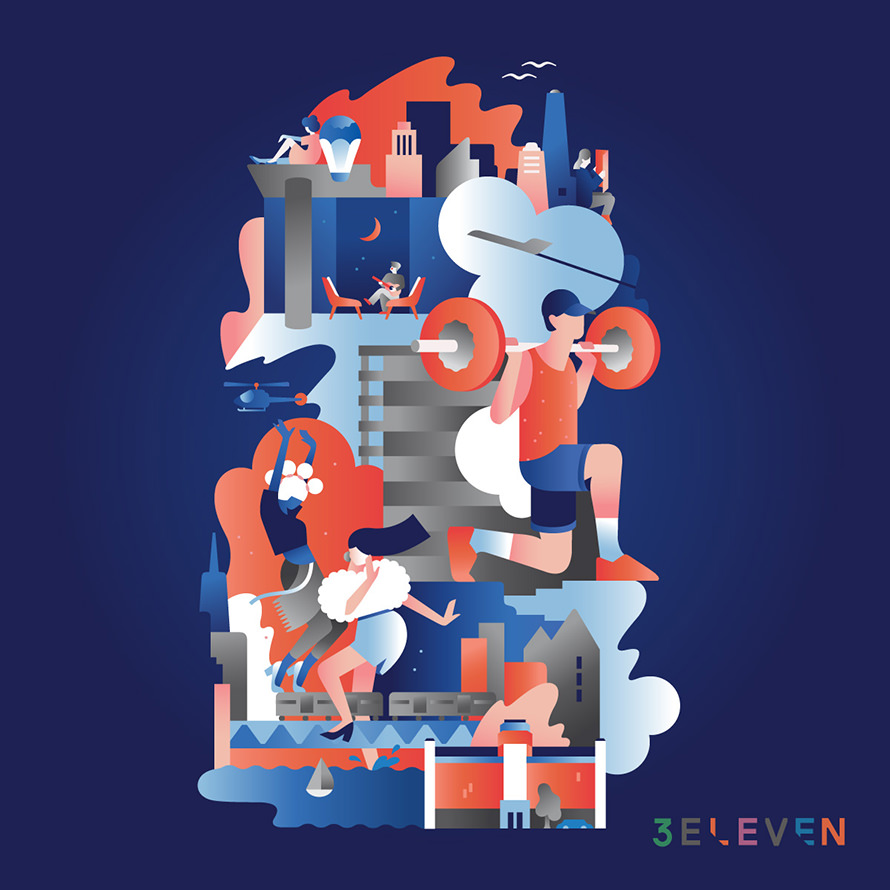 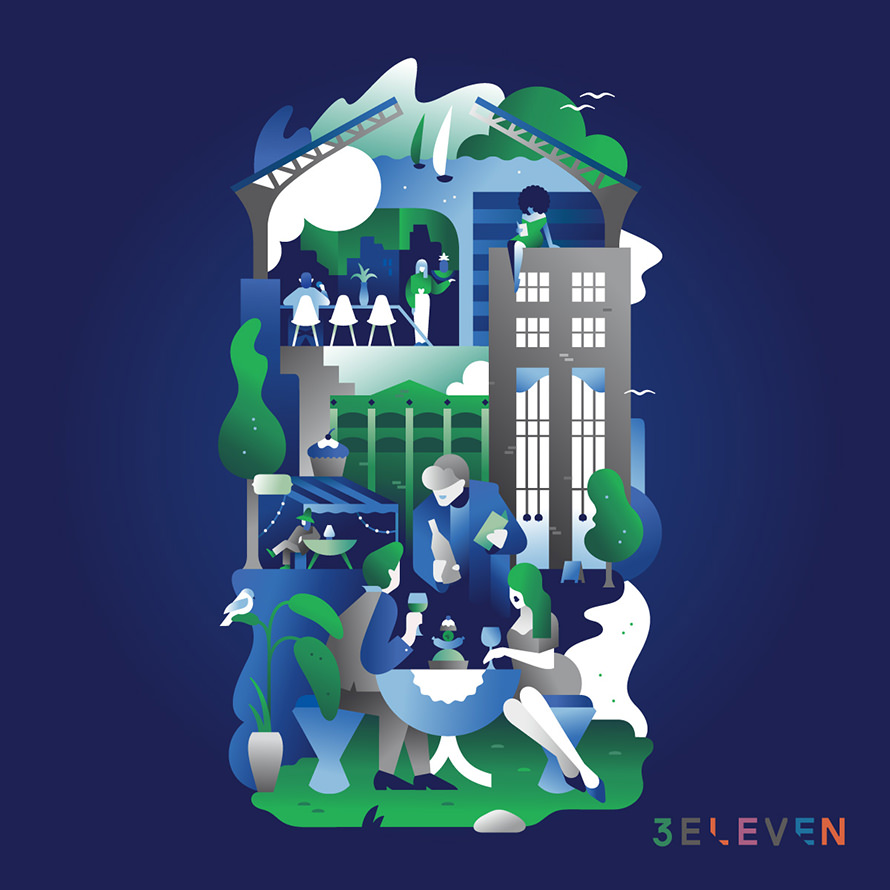 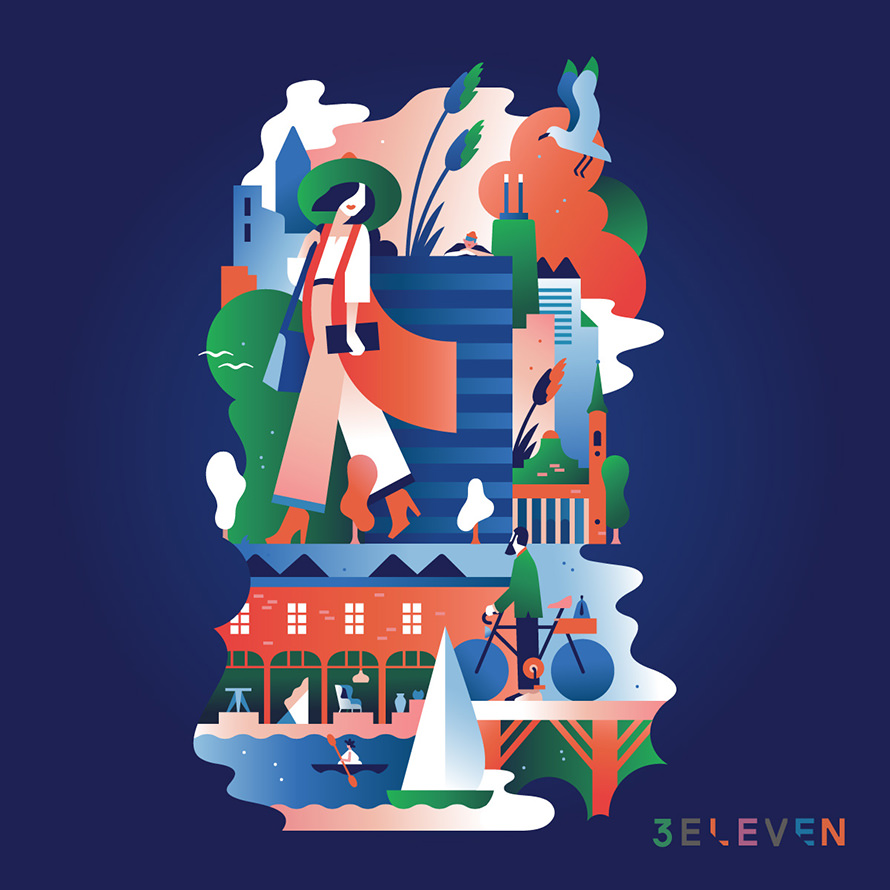 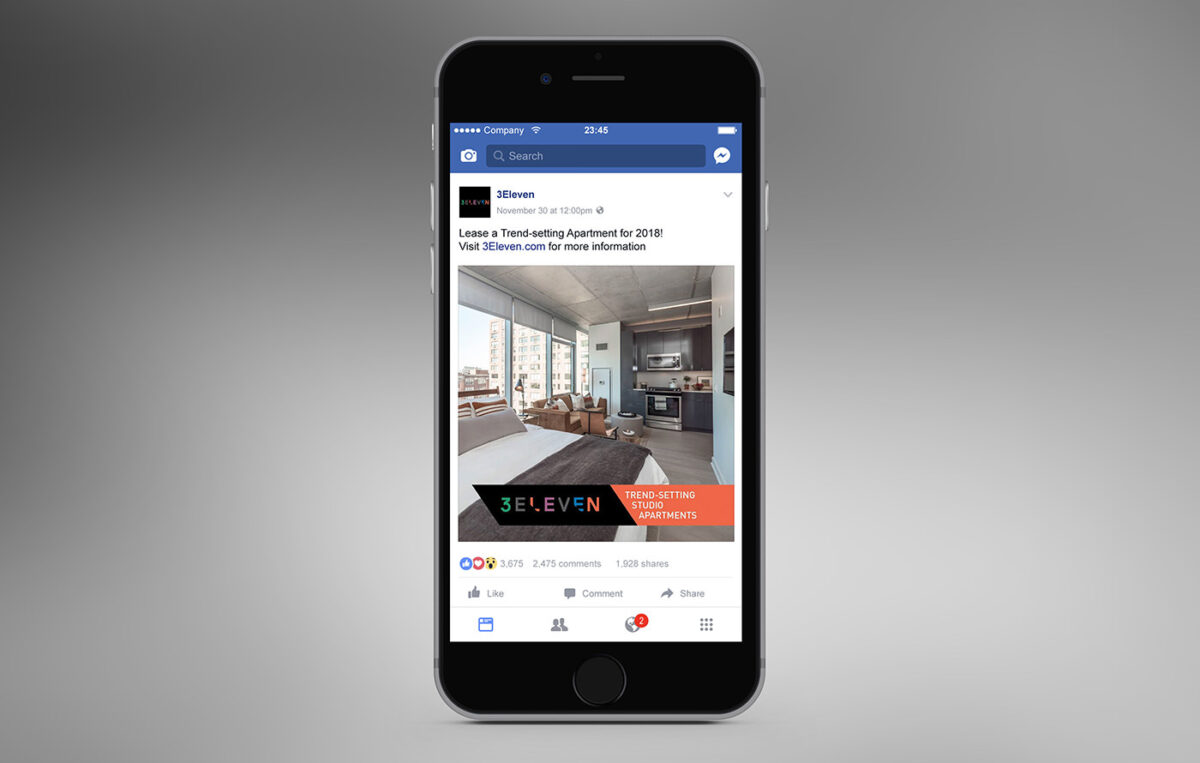 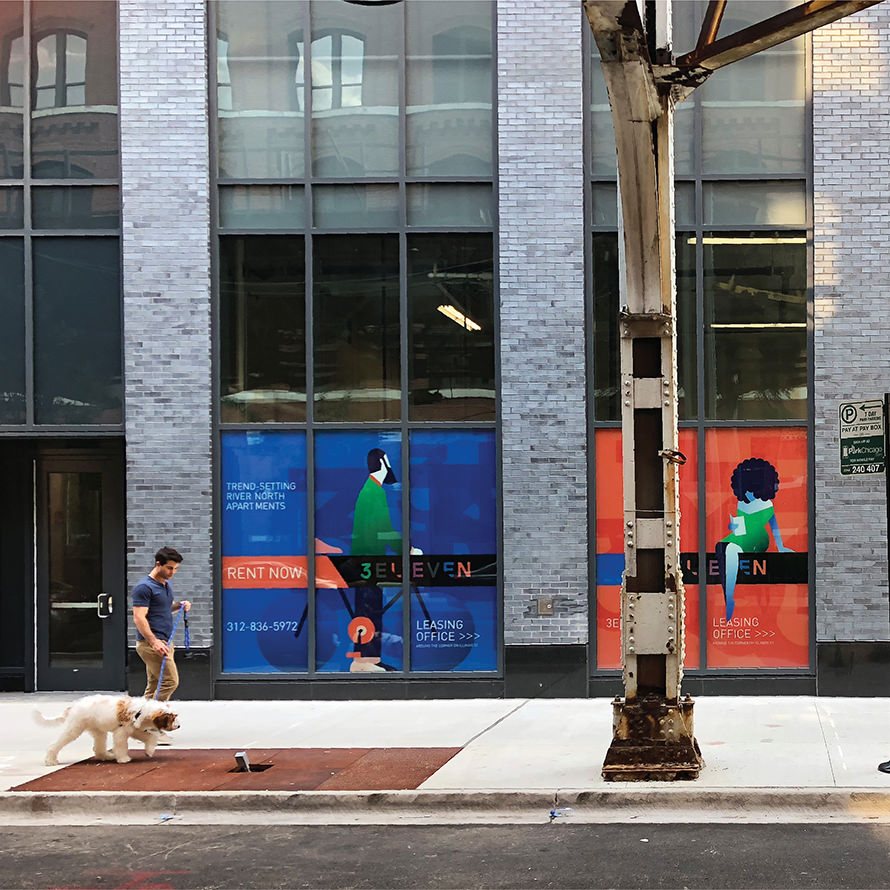 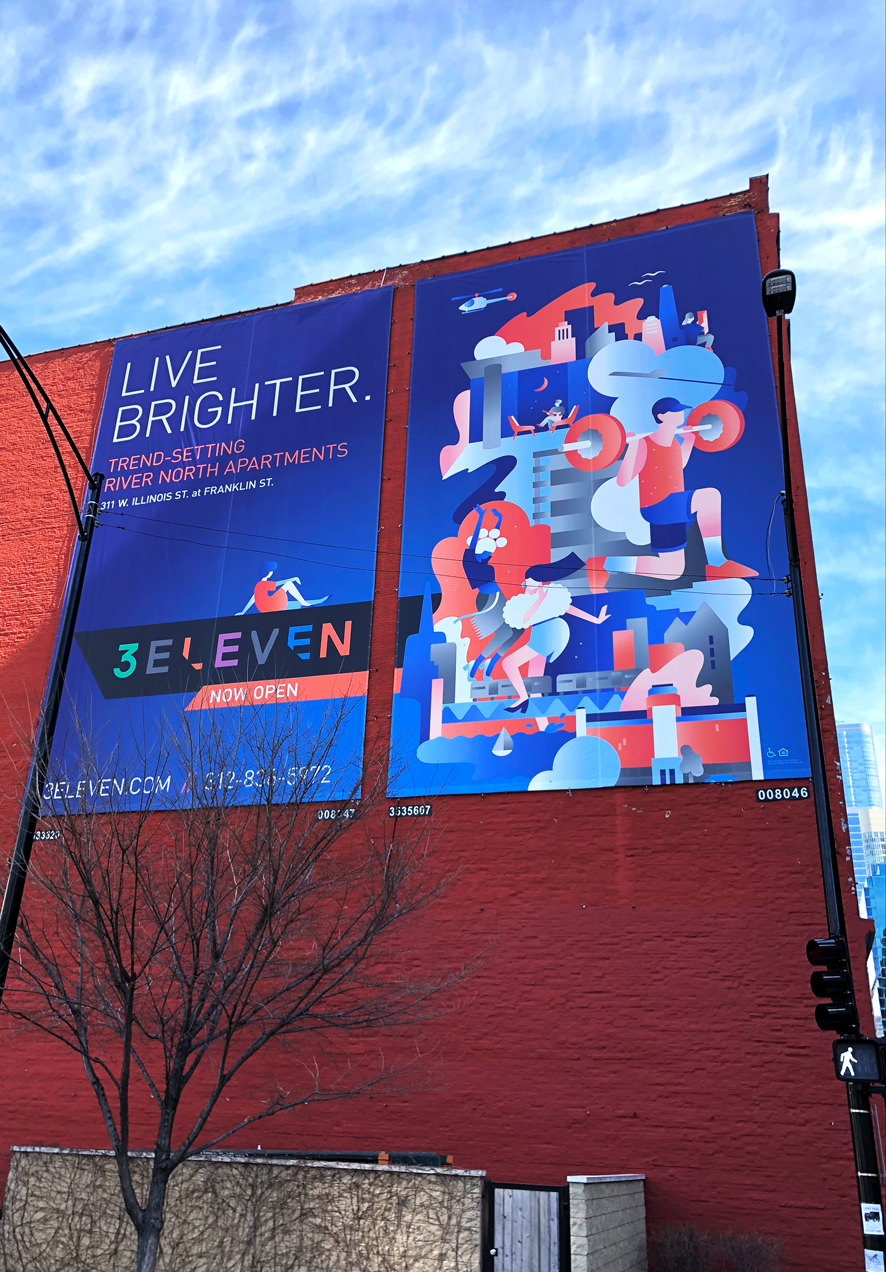 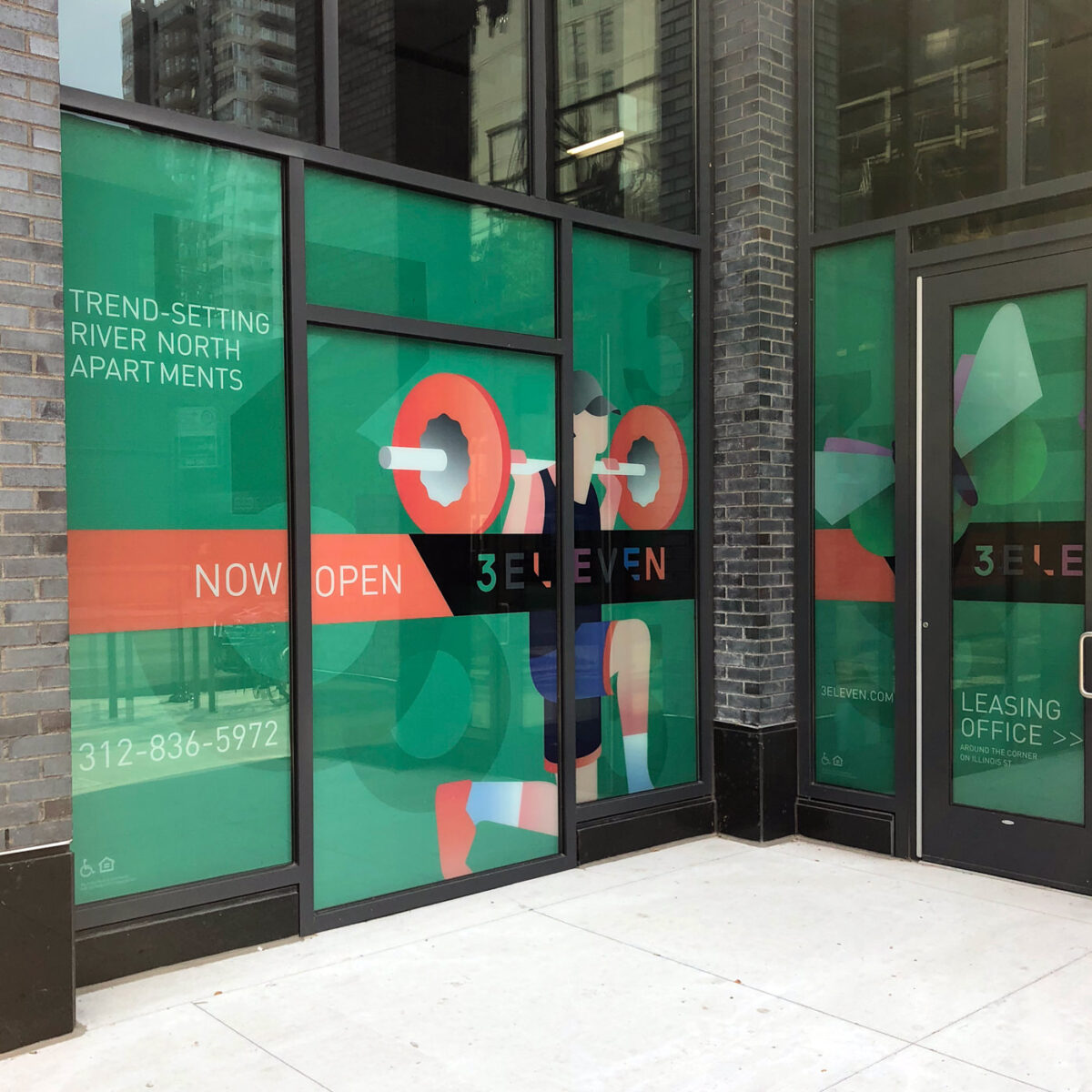 With an estimated 6,600 new apartment units across 33 buildings expected to deliver in 2017 — and a number of them in River North — 3Eleven planned to open its doors in Q32017 under highly competitive market conditions. And with the newcomers all offering comparable rents, amenities and access to everything from transit to tacos, the team at The John Buck Company understood that launching a rule-breaking creative campaign to open the building would be an ideal way to focus prospective renters’ attention on 3Eleven in its early months of lease-up.

From the fruits of our creative process emerged a campaign concept we called Get Animated. The centerpiece of the campaign was a set of original illustrations by world-renowned illustrator Janine Rewell with an upbeat, vibrant voice aimed at urban renters. The illustrations combine rich colorful patterns, organic textures and figures/characters. Each illustration represents one of the four colors in the brand palette — orange, purple, green and blue — and together represent a visual vocabulary that is unique to the 3Eleven brand. We paired the various creative executions with a series of interchangeable taglines — LIVE BRIGHTER — LIVE BOLDER — LIVE MORE COLORFULLY — to round out the new visual vocabulary with language.

Our execution of the Get Animated campaign across multiple media platforms generated sufficient buzz about the building to drive 90+% occupancy within the year.