For the esteemed WK Kellogg Foundation, we created a series of Annual Reports from 2011 through 2013 that broke from traditional modes in language and design, and introduced new ways of thinking and seeing their work’s impact through an editorial approach. (read more) 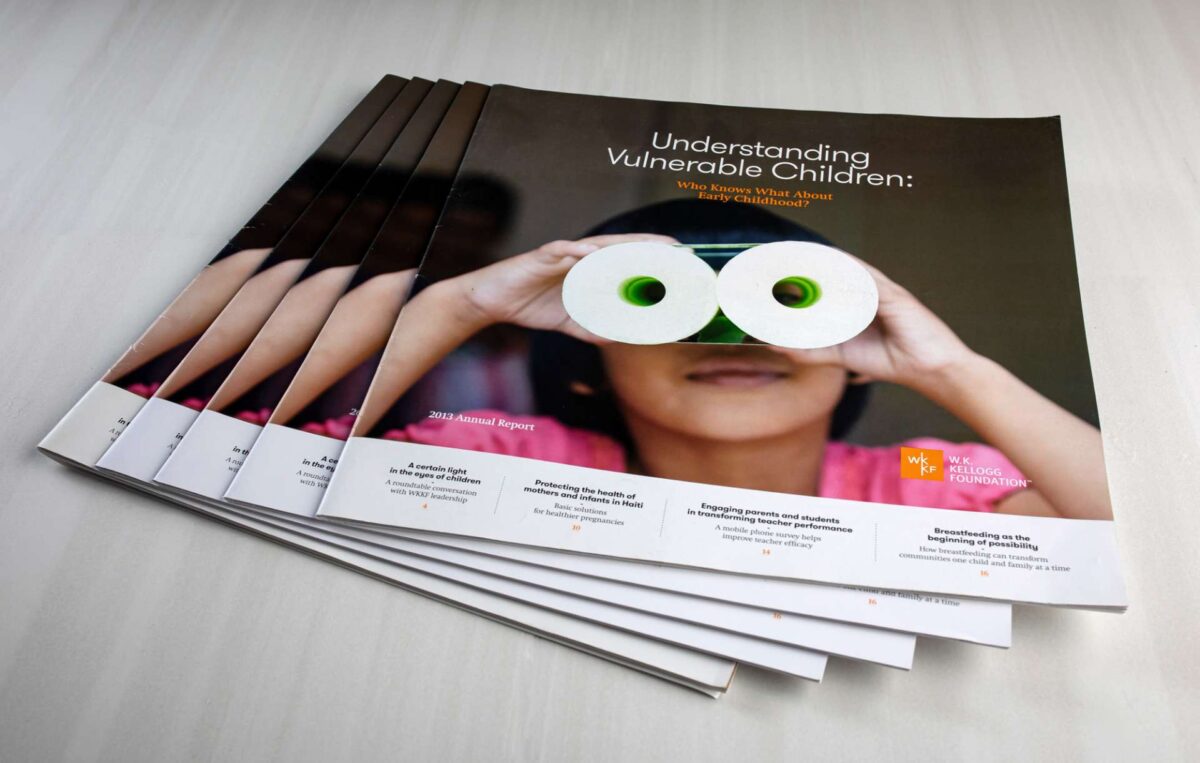 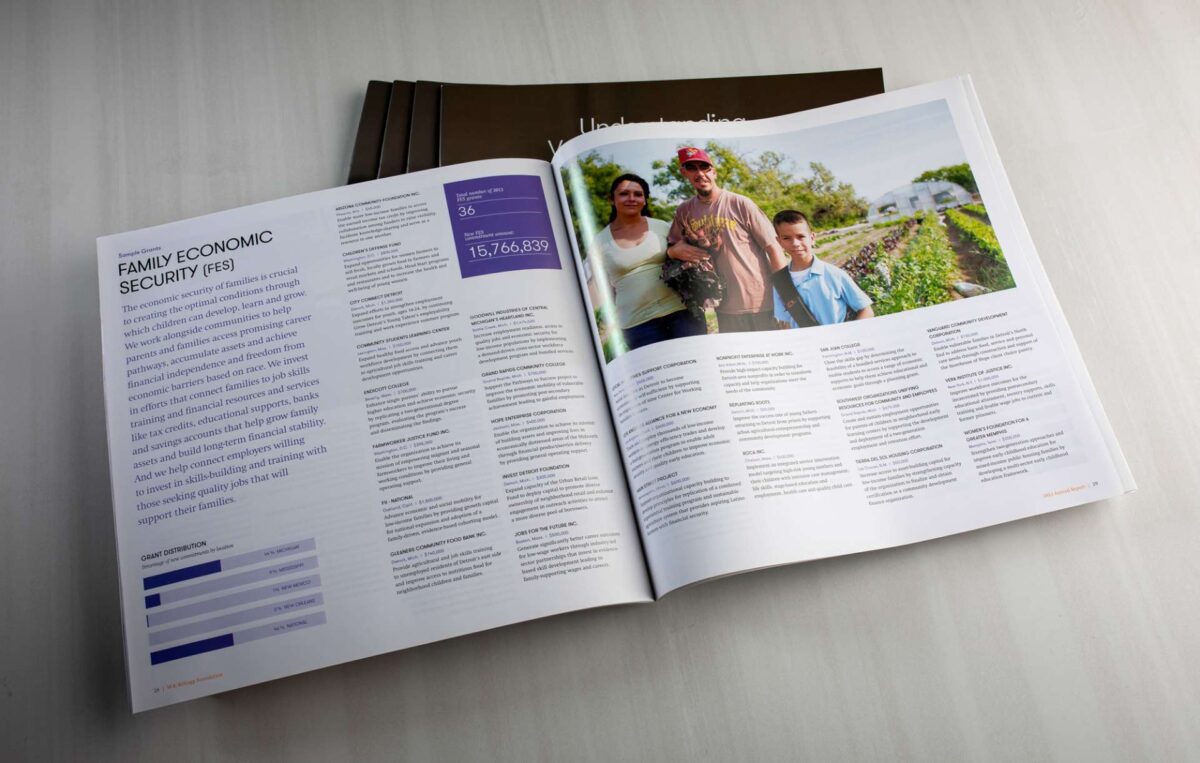 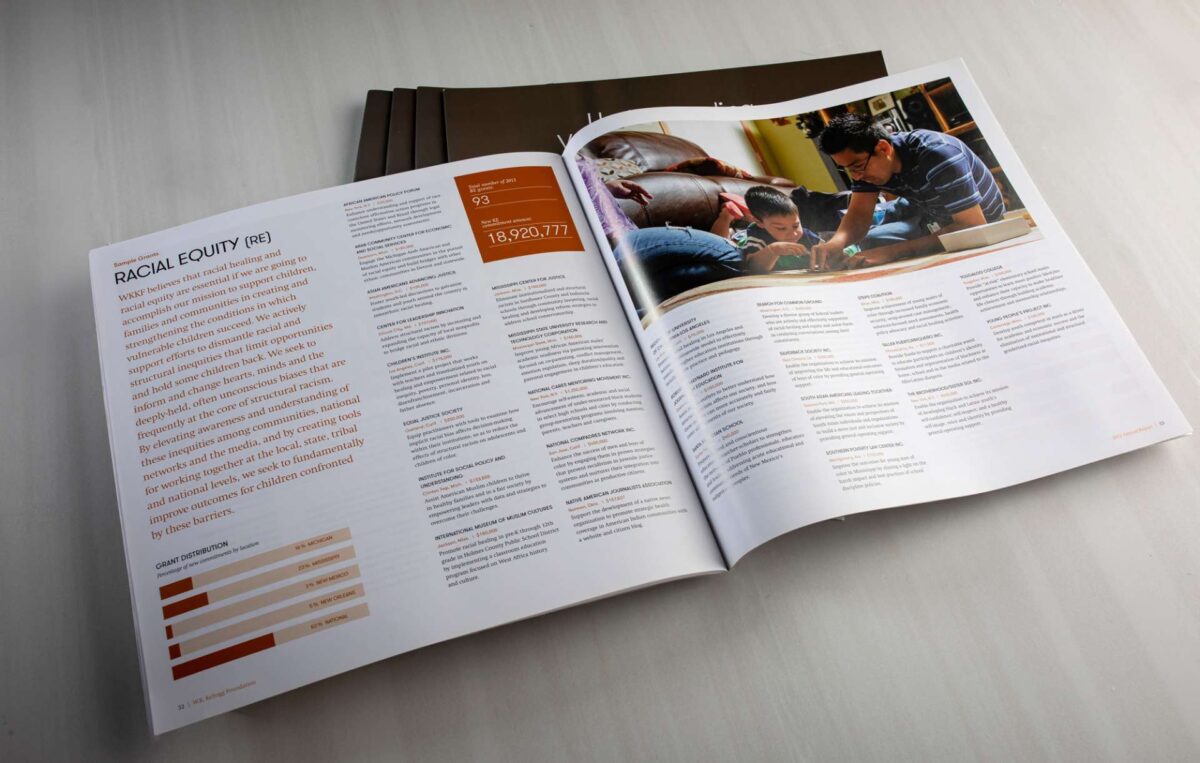 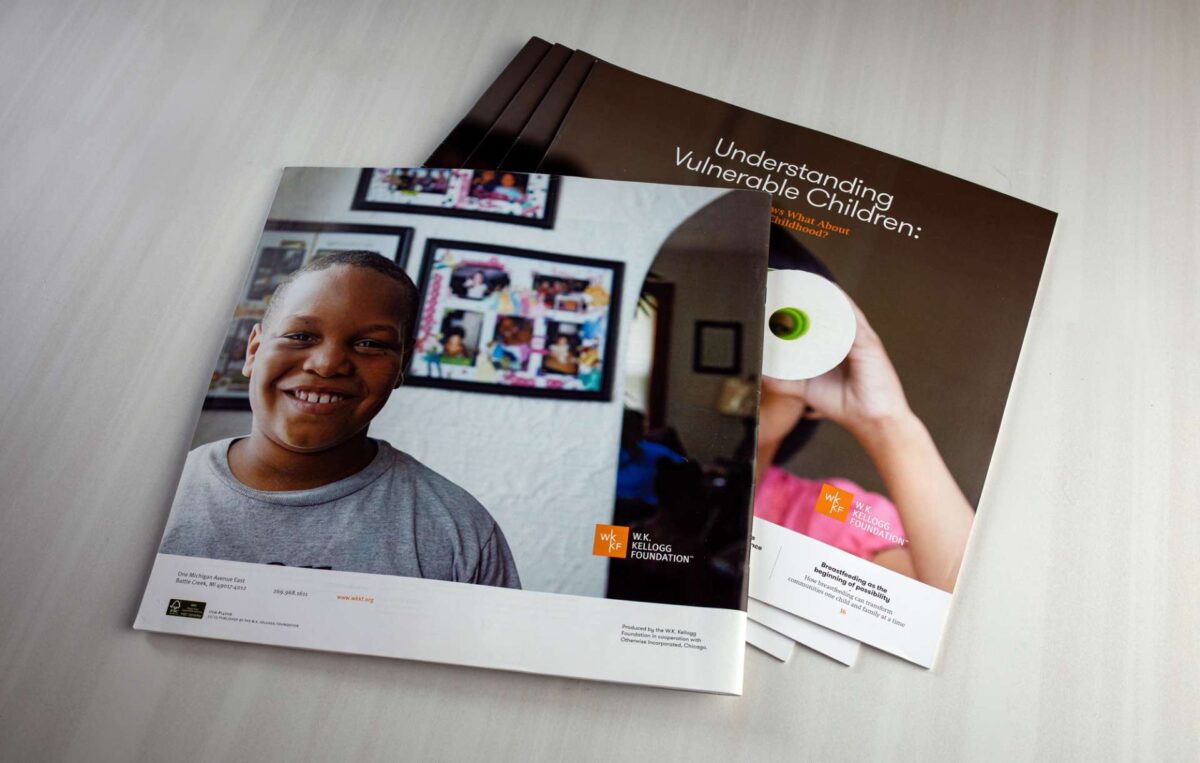 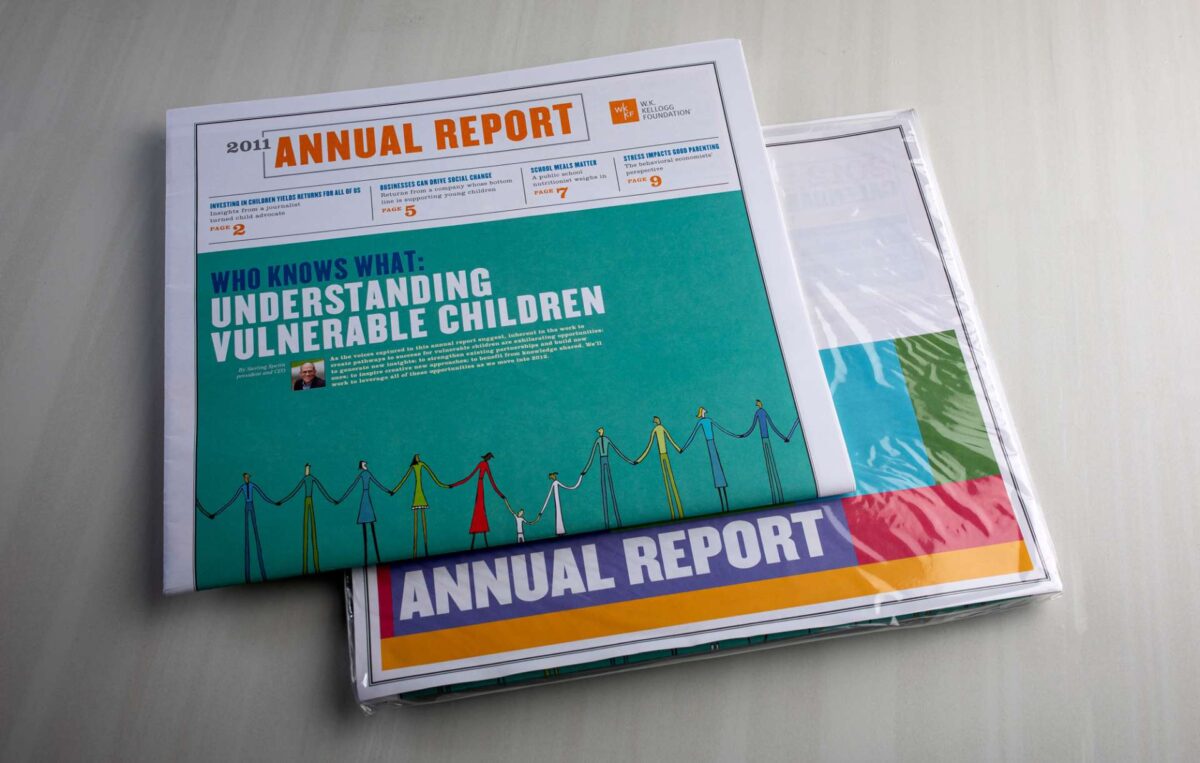 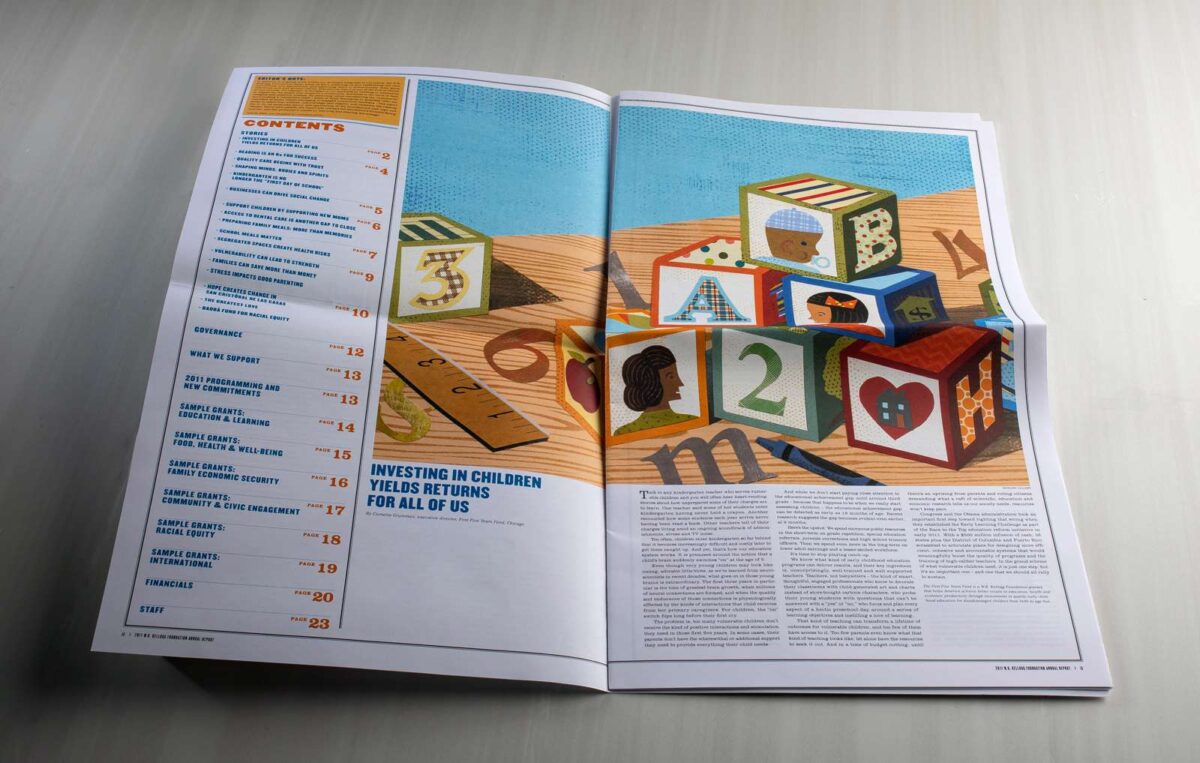 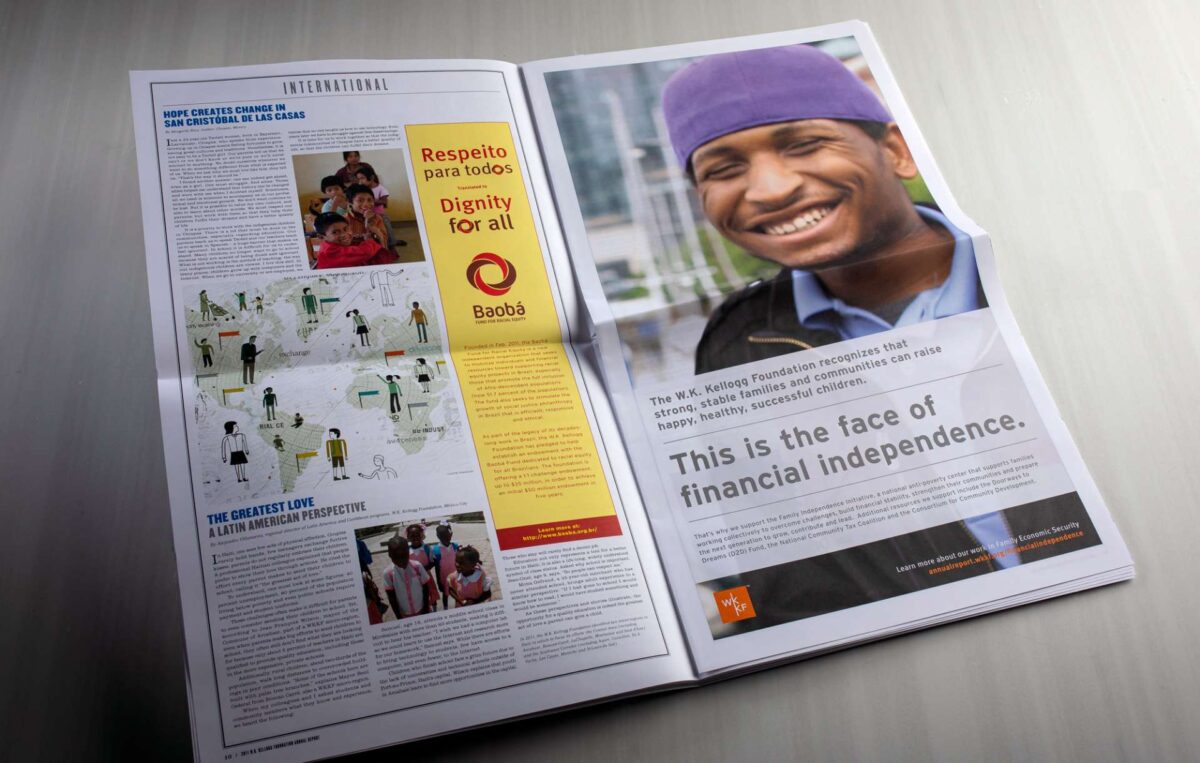 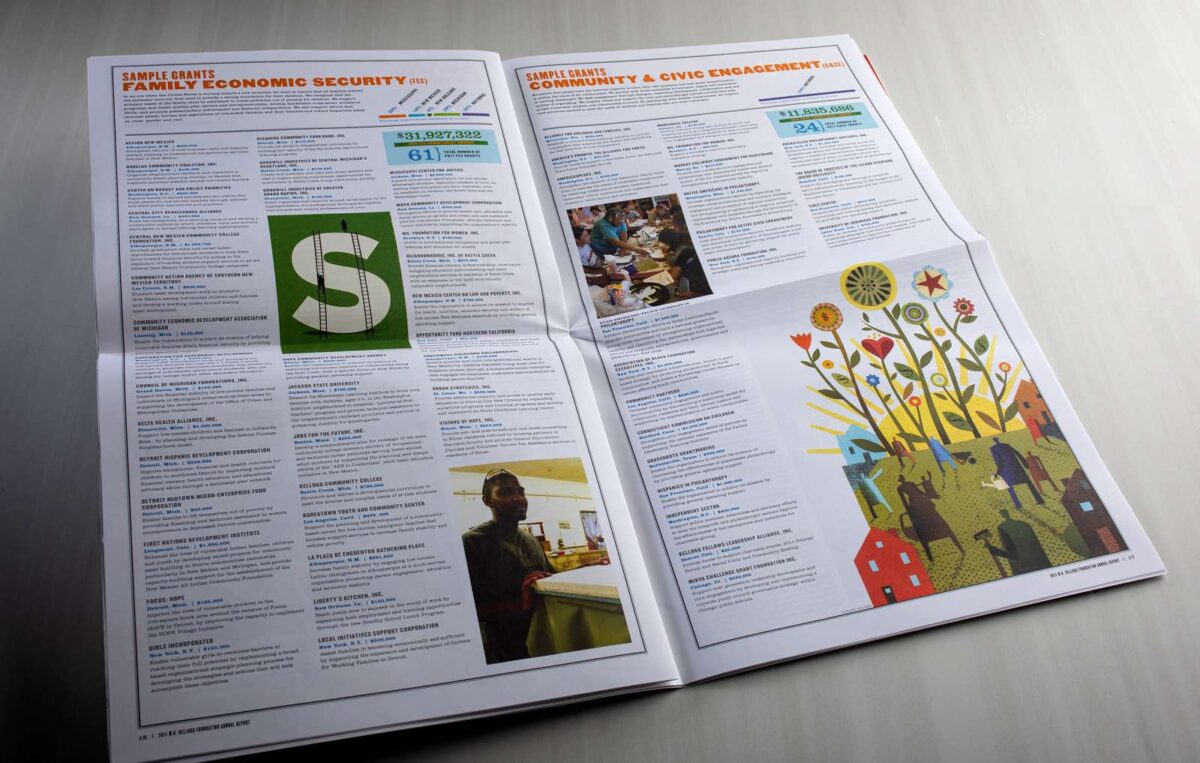 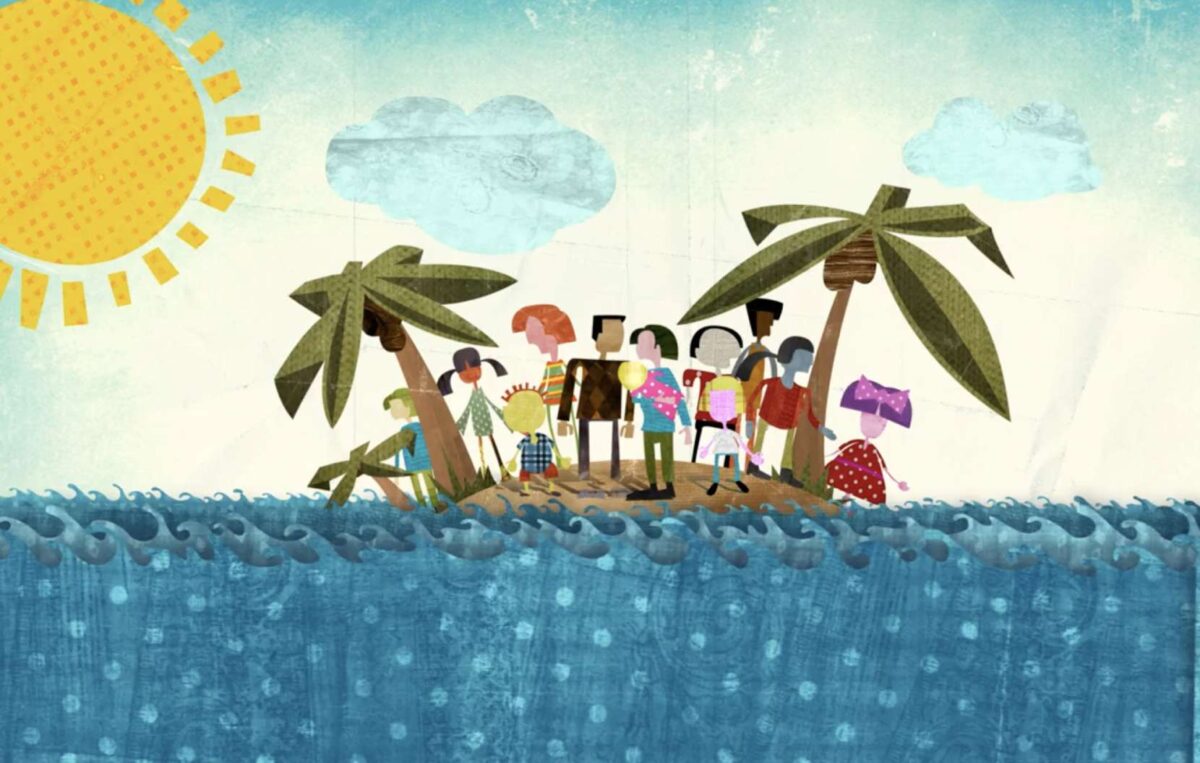 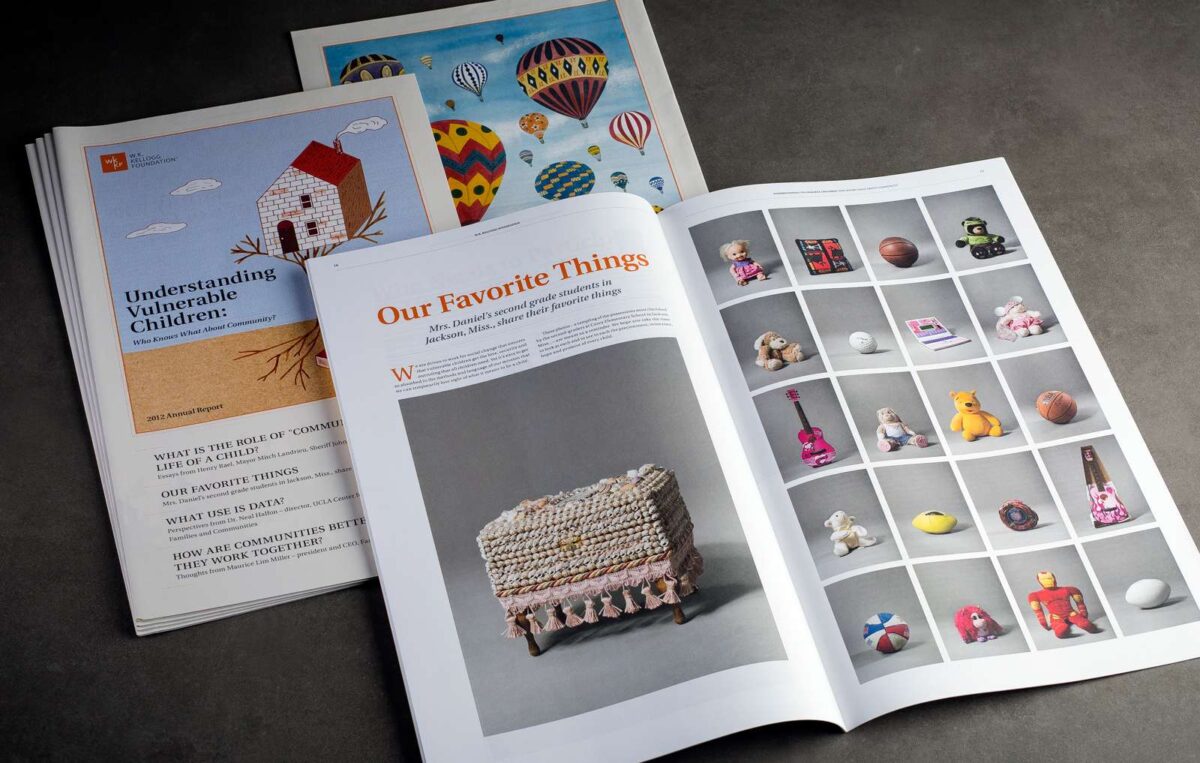 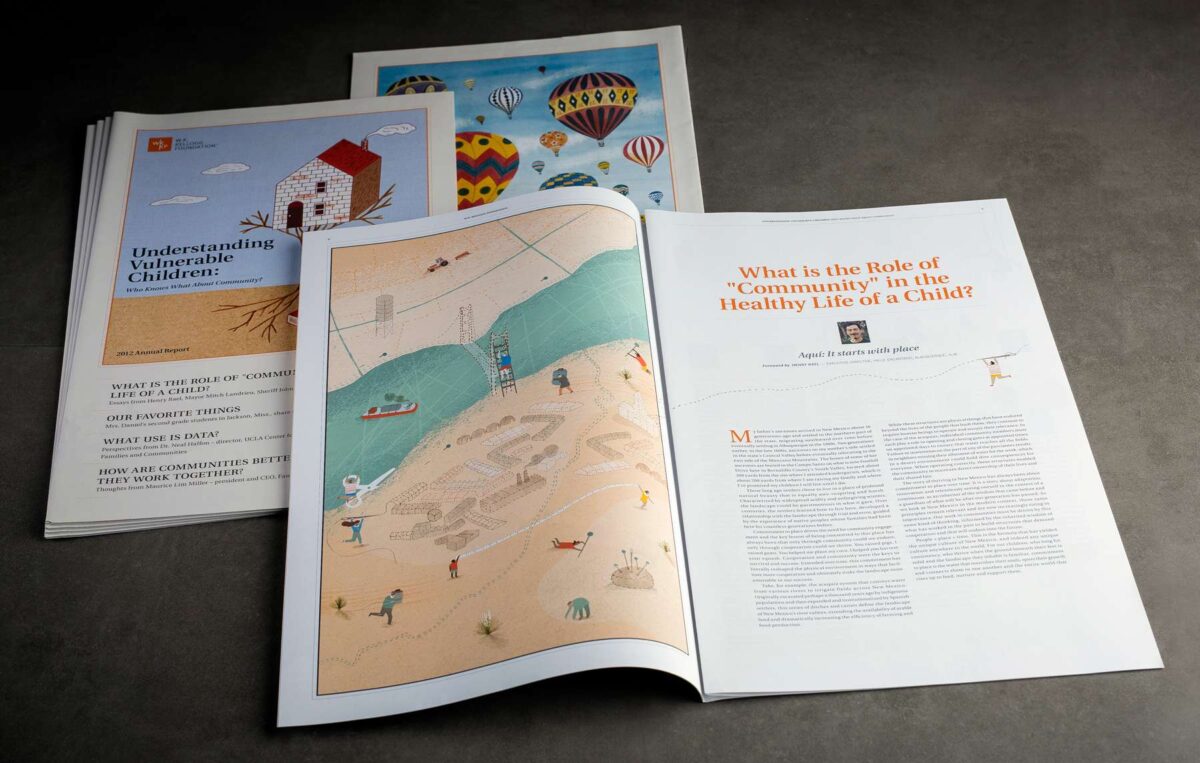 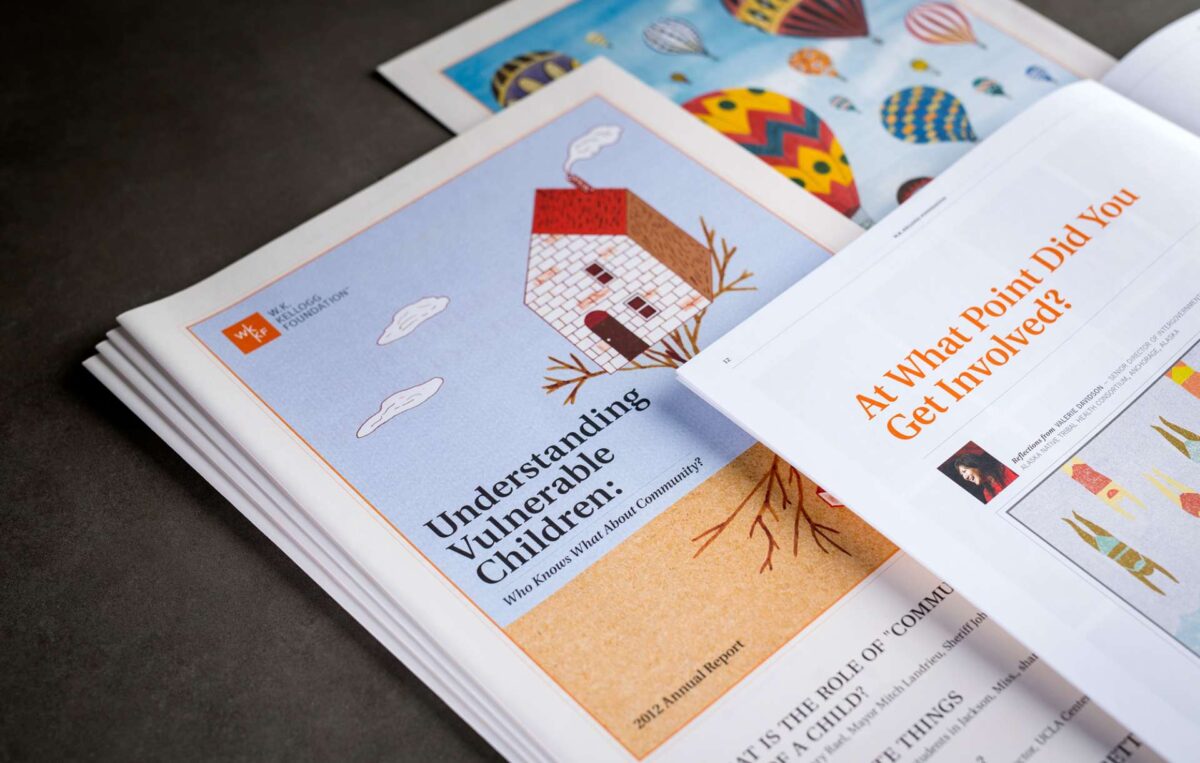 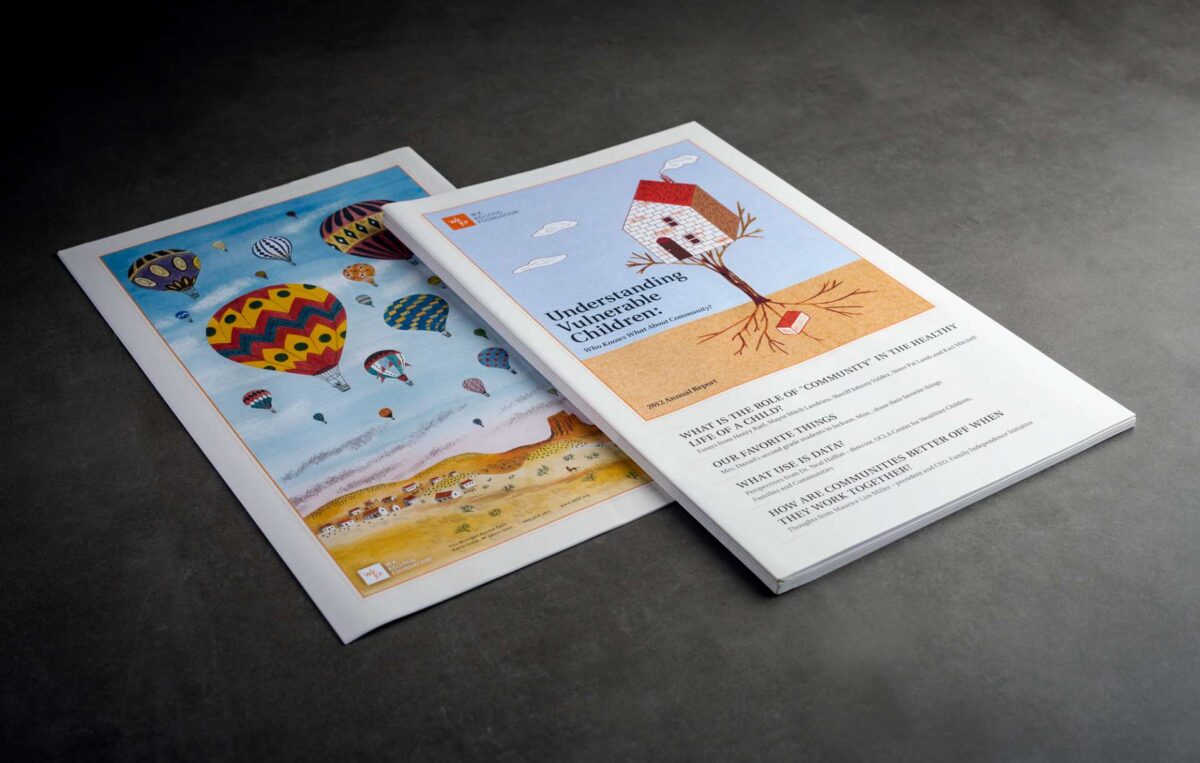 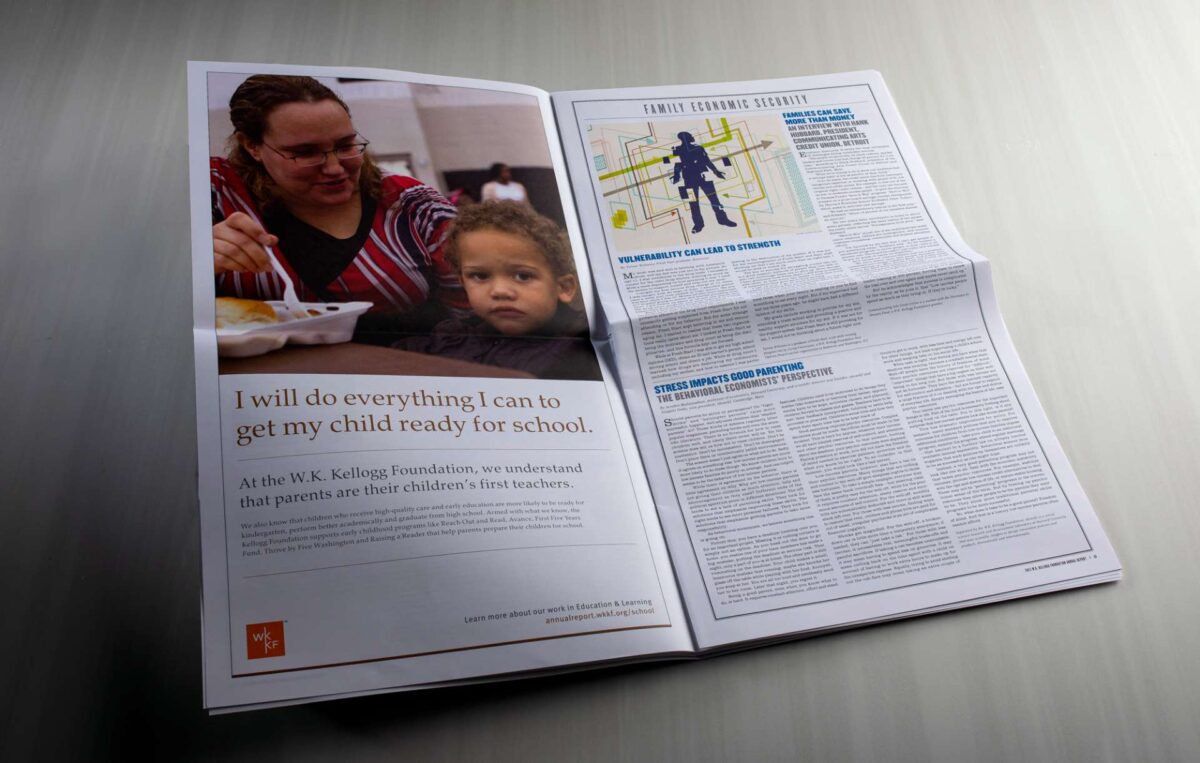 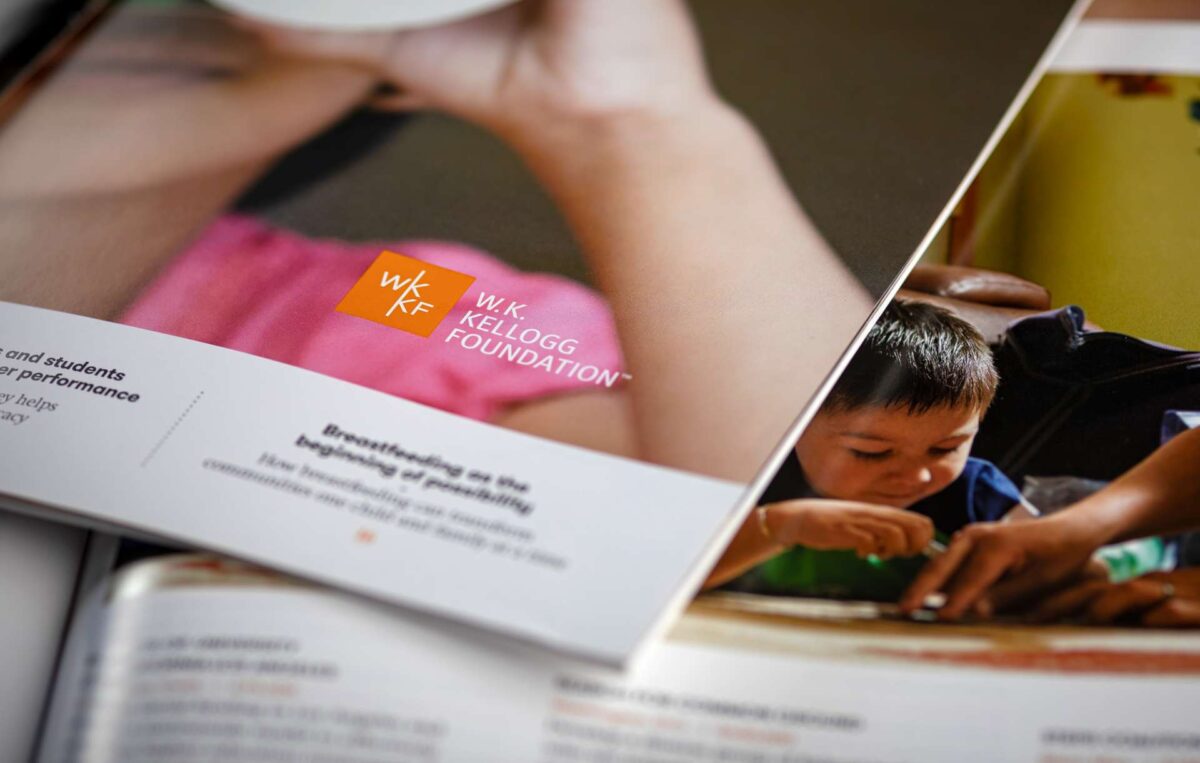 Founded in 1930, the WK Kellogg Foundation (WKKF) is an independent, private foundation and among the largest philanthropic foundations in the United States. After implementing a complete brand overhaul for the organization, we turned our attention toward utilizing their new language and identity to deliver an Annual Report that would bring increased clarity to their approach and successes, and that would set their organization apart.

The 2011 Annual Report took up the theme Who Knows What: Understanding Vulnerable Children. For this, we made the Annual Report look and read like a tabloid, working with a number of prominent illustrators to create original imagery to replace the traditional formality of bound books with a format that was loose, interactive and editorial.

In 2012, we built upon the previous year’s theme with Understanding Vulnerable Children: Who Knows What About Community? Once again, we utilized a tabloid-style editorial layout with commissioned illustrations, but took one step further by commissioning outside thought leaders and subject matter experts to write on topics ranging from the use of data in monitoring community change to the role of community in the healthy life of a child.

For the third year of the cycle, 2013, we stayed in the editorial vein with Understanding Vulnerable Children: Who Knows What About Early Childhood? but moved from the vernacular of a daily newspaper to a Sunday magazine format. We returned to saddle-stitching original photography, but facilitated conversations and interviews with global experts on early childhood topics.

Our thinking about the Annual Reports as a series, as opposed to returning to the drawing board each year, reflected an uncommon perspective that was thoughtful, strategic and memorable, breaking WKKF out of a predictable mode of corporate communications and into thinking about real people and real issues, made all the more real by unique forms of expression.